Rim Breakers dominate The Throne for first win of the playoffs 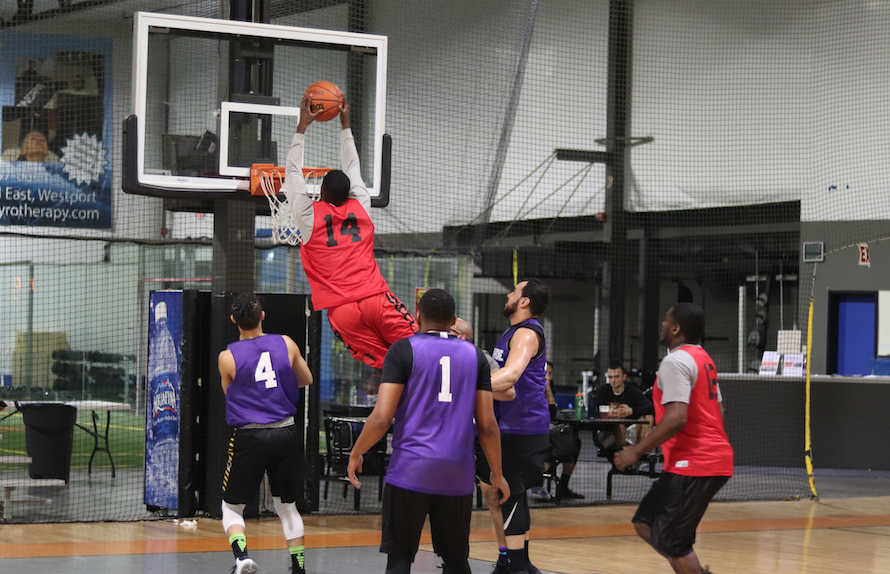 The Rim Breakers came out to dominate during the first round of the playoffs to beat The Throne, 103-81.

The game started out slow for both teams as they struggled to find their rhythm in the first five minutes. As the first quarter went on, each team started to pick up their pace. The first half was close as the teams traded baskets. The Rim Breakers found themselves up 41-36 at the end of the half.

“We took it to easy during the regular season,” Rim Breakers Kievon Turnbull. “We came out to make a statement.”

The second half told a different tale as the Rim Breakers began to dominate the floor, outscoring The Throne 62-45 in the second half. Turnbull finished with 22 points, shooting 78.6 percent from the floor, also adding six rebounds.

The Throne was without both Jean-Baptiste brothers, as well as JR Wright. They did not have a single substitute for the game. Jason Hernandez and Erik Silva combined for 59 points. Silva shot 60.9 percent from field goal range and added 13 rebounds. Dashawn Moffatt added 14 points on the night.

On the other side of the ball, the Rim Breakers had a full bench that helped secure their victory. Richard Bronson and John Pittman both had 16 points, adding eight and nine rebounds, respectively. Ernest Henry, Zeek Howard and Carl Fairfax combined for 36 points. Howard also had 11 rebounds.

In the Quarterfinals of the Legacy Leagues playoffs, the Rim Breakers will face the Washington borthers and The Chasers, who defeated Semi Pro 151-82 in the first round.