Rim Breakers grind out win over Nothing Easy 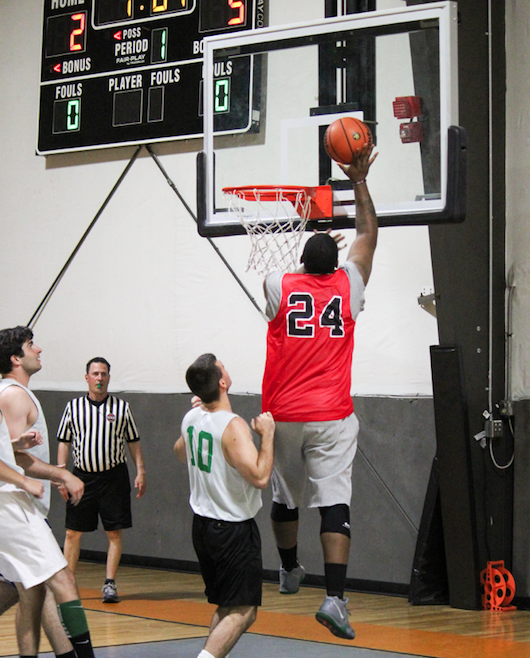 The Rim Breakers snuck past Nothing Easy, 66-63, in what turned into the closest game Monday night in Week 1 of the Summer 18 season. With only a three-point margin of victory, the Rim Breakers were able to come away with the win after a long, tough outing.

A low-scoring second half and turnover-riddled game set the two teams up for a close final minute that was decided over a couple of free throws. Nothing Easy went into the fourth quarter with a two-point lead until the Rim Breakers finally woke up and were able to knock in some key shots. Tevin Jones was not much of a threat tonight offensively after only one field goal made, but came up clutch with a league-high of seven steals, one coming in the last two minutes of a one possession game.

Legacy Leagues’ own Mike Slattery ended with a team-high of 16 points and six rebounds while shooting 63 percent from the field. He played a huge part in his teams’ success in the first three quarters. Besides turnovers, every thing else was in Nothing Easy’s favor, but they just couldn’t hold off the Rim Breakers in the fourth when it really mattered most.

The game got really sloppy at a point, with turnover after turnover for both teams. With it being the first night of the season, the teams showed their rust while working back into a groove. Don’t expect these two high energy teams to play the same as they did tonight, as the Rim Breakers face off against 0-1 Sportslook and Nothing Easy takes on the 0-1 Blue Devils next Monday night. Both teams are hoping to bounce back from tonight’s awkward game and head into the season turnover free while still locking teams up on the defensive end.