Rim Breakers size too much for Young Kings 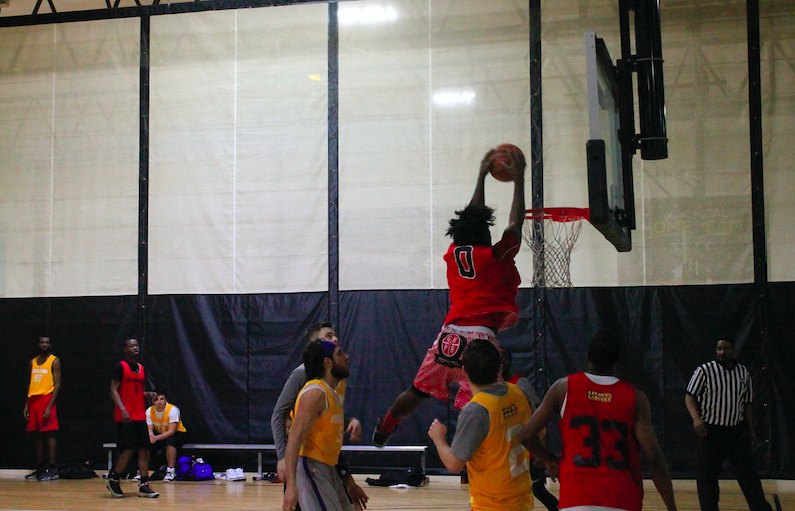 In a hard fought battle where both teams needed a win late in the season, the Rim Breakers led by Kintwon Miles get their third win of the year with a 89-84 victory over the Young Kings.

The Young Kings came up just short Monday night, and a loss drops them to 1-6 on the season. For next week’s game look for them to clean up their turnovers and limit the amount of offensive rebounds, two things that haunted them in Week 7.

The story of Monday night’s game was all about the paint. The Rim Breakers dominated inside with easy lay ups and posterizing dunks. Despite a dazzling 25-point night on seven three pointers from the Young Kings Destin Simmons, Miles and the Rim Breakers were too much to handle down low.

The Rim Breakers out-rebounded the Young Kings 36-15 and it showed on the scoreboard. Their physical play inside shows why they can be a force come the playoffs.

With only two games left to play in the season Miles is looking forward to taking on whatever competition is put in front of him.

“Im here, I got something for everybody,” Miles said. “Its war time with everybody.”

As the season winds down, the Rim Breakers get ready to take on a scrappy NickStrong team in Week 8.

“It’s over for them, easy dub,” Miles said. “The Rim Breakers are going to the championship.”