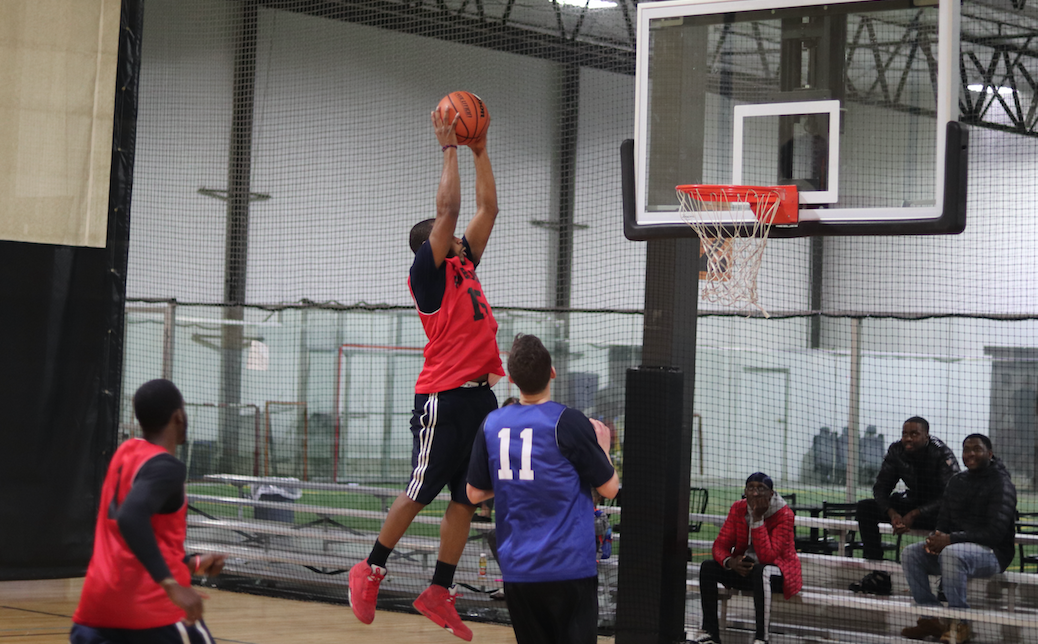 On Monday night, The Rim Breakers (4-3) didn’t look like the same team from the past three weeks. They returned to a Legacy Leagues rookie team that surprised many in the beginning of the Winter 18 season.

Shooters Shoot (0-7) held their own against them tonight, but ultimately fell 117-79 in a game that could’ve gone either way until the fourth quarter.

One thing about the Rim Breakers that was the key to their success early on in the season was playing unselfish basketball; they did so again tonight. As a team, six players were in double-figures in points, and they dished out 22 assists as a team. Zeek Howard had a big night with with 13 points and 11 rebounds. Kievon Turnbull, who was the “potential breakout player” in the Week 7 preview, had that breakout game with 29 points, converting on 14-of-15 field goals attempts. John Pittman had 18 points to go along with five rebounds and five assists as he continues to fill the stat sheet. The whole team shot well at a 56.5 percent clip and limited the turnovers to only 11 as a team.

A short-staffed Shooters Shoot, playing with only four men tonight, played with a lot of heart and pride. They also shot 52 3-pointers as a team. Luke Riccio shot a majority of them, making 11-of-36. He registered 39 points and two rebounds. Steven Parravano and Alex DeMeis both recorded double-doubles. In the end, playing with no bench caught up to them and were being outhustled in the second half.

The Rim Breakers will look to continue getting back on track against The Throne (2-5) next week. Shooters Shoot get a matchup with another winless team next Monday taking on Semi Pro (0-7).

“We don’t care about the regular season, see you in the playoffs,” Rim Breakers’ players chirped after the game.