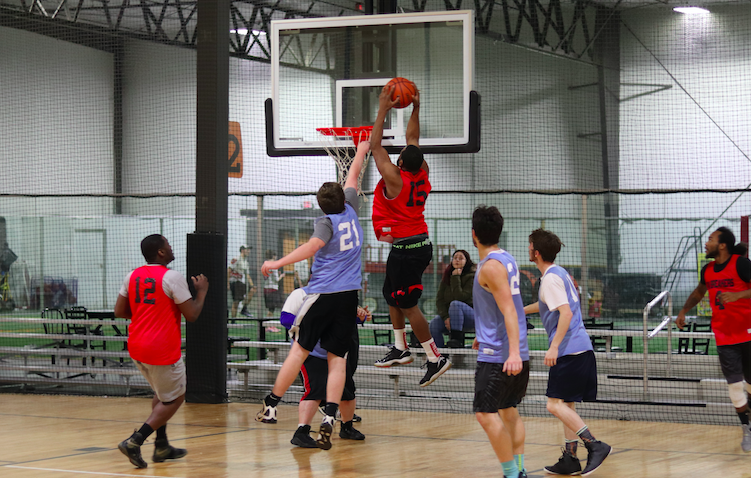 The Rim Breakers used speed and athleticism to improve to 3-0 on the season with a 100-59 victory over Blood, Sweat & Beers.

“We have to let everybody in this league know that we’re here,” Rim Breakers’ John Pittman said.

The Rim Breakers continued an impressive 3-0 start to their inaugural season, winning by an average of 17 points through their first three matchups. Only No Limit’s 294 points this season ranks higher than the Rim Breakers, who have scored 237 thus far.

The Rim Breakers used a very balanced scoring attack, as five players scored 14 points or more. Zeek Howard led the way with 19 points and nine rebounds. Pittman also had a very solid all around game as he collected 15 points, grabbed eight rebounds and handed out six assists.

The Rim Breakers will look to remain unbeaten in Week 4 as they take on the Monstars (1-1) in what should be a fast-paced game.

For Blood, Sweat & Beers, Cody Dileonardo played well with 21 points and nine rebounds. Despite the good individual perforamnce, his team couldn’t compete for an entire four quarters. Last week, BS&B was tied with Stranger Danger at halftime before losing by six, and this week they trailed by just five at halftime, but were outscored by 36 in the final two quarters.

Blood, Sweat & Beers’ tough schedule continues in the next several weeks, facing another daunting task in Week 4 against No Limit (3-0) and then The Throne (1-2) in Week 5.