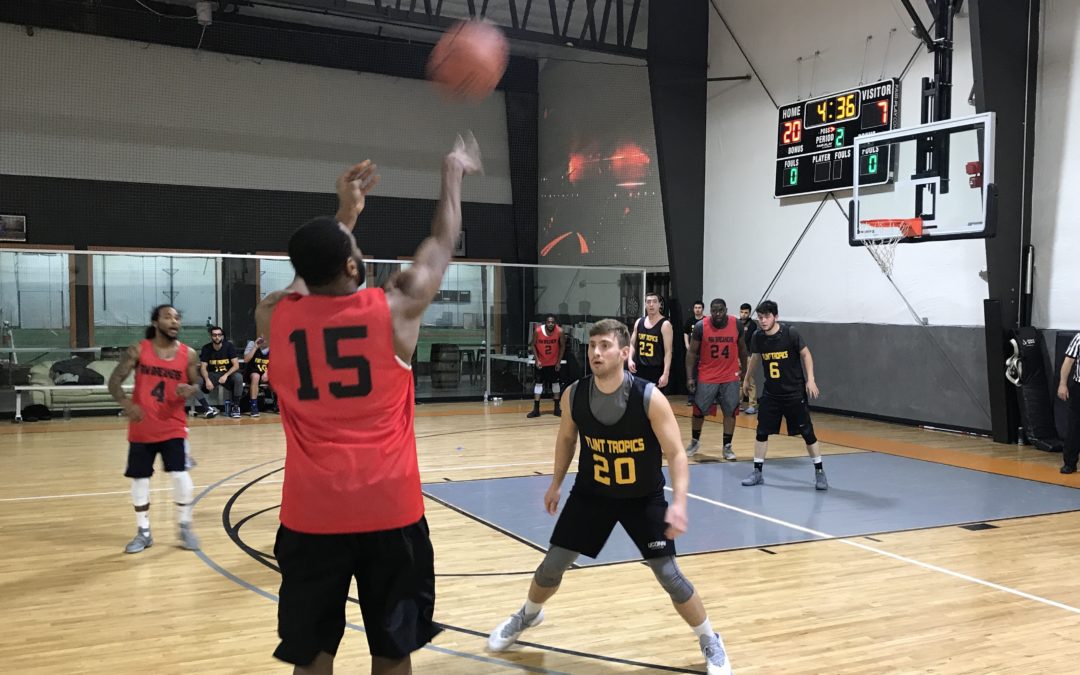 Opening night did not disappoint with two overtime games on Court 1 at Insports in Trumbull. In their inaugural game, the Rim Breakers defeated the Flint Tropics, 67-66 in overtime.

The game was sent into overtime by a buzzer-beating dunk by the Rim Breakers Zeek Howard to end a regulation that featured highlight reel dunks and plays. Free throws played a crucial part in the decision as both squads shot poorly from the line and had to rely on their shooters to keep their team in the game.

The Rim Breakers got out to a slow start, only scoring five points in the first quarter. They fought their way back led by a 15 point performance by Carl Fairfax. “Just taking it one bucket at a time, that’s all we can, one defensive possession at a time,” Fairfax said when asked about his team’s big win on opening night. The Rim Breakers got offensive production from Howard with 14 points and Tevin Jones with 13 points as well.

The Rim Breakers look ahead to a matchup with Goon Squad next Monday, January 15th. They look to keep this momentum of an opening night victory going with, “A whole lot of rim breaking,” Fairfax added.

The Flint Tropics, who were 7-2 in the Summer ’17 season and the No. 3 seed in the playoffs, start off this season with a loss despite efforts from leading scorer Mike Bozzuto who had 22 points and 4 rebounds. They had two other players with double digit point totals: Nick Japs with 15 points and Matt Cyr with 10 points. The Flint Tropics take on Team Moose next Monday and look to earn their first win of the season.