Road to the Championship: the Monstars story 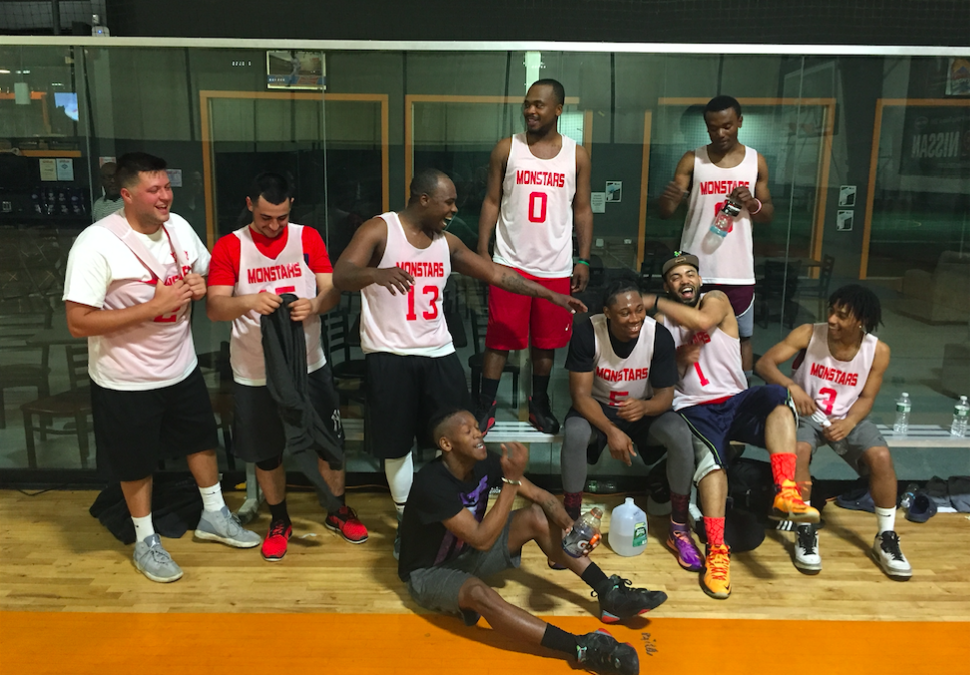 The Winter 17 Legacy Leagues champions, the Monstars, became the second team ever to take home the trophy, after The Brotherhood had won it in both previous seasons. Despite an impressive run in the playoffs, the road to the championship was not an easy one.

The Monstars were originally assembled by team captain Ty Alston, who found playmakers and eventual All-Stars like Reggie Stewart and Corey Jacobs from different backgrounds of basketball. Stewart had previously played for Run TMC with Alston, and both left to join a newer squad, while Jacobs was a Legacy Leagues rookie.

“The reason I picked Corey [Jacobs] up was for his defensive presence, and he is a real point guard with the IQ and the handles needed to control the game,” Ty Alston said. “He might be one of the best players on both sides of the ball in this league. Reggie [Stewart] came off the bench all year, which is why he should be 5th man, but that’s a different story. I knew he would come alive in the playoffs.”

Alston also picked up two-time Legacy Leagues champion Jibril Chisholm, the outspoken guard that won two championships with The Brotherhood in the summer and the fall of 2016. Chisholm was adamant about bringing a winning mentality to the team and saw something special with this group of guys.

“The difference between the Monstars and Brotherhood was the team chemistry,” Chisholm said. “I’ve known those [Brotherhood] guys for years, on and off the court, so it was pretty easy playing together. With the Monstars, it was a brand new team. I had only played with Ty Alston before, and Reggie was on Run TMC, Cody was on a trash team, and the rest of the team was new to the league. We had to learn how to play with each other as the season went on.”

The Monstars started their season with a blowout win over the Avengers as the team showcased its fast-paced tempo in every dunk, layup, and transition bucket. The team saw five players in double-digit scoring, a stat line that would be a familiar occurrence as the Monstars started the season on a four-game win streak, earning the number one spot in the league’s power rankings. 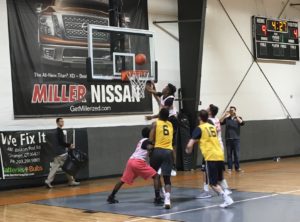 Reggie Stewart goes up for a layup against the preseason championship favorites, No Limit, when they played in Week 5

Reggie Stewart would have his first breakout game of the season with 29 points and 15 rebounds in week 5, despite the Monstars falling to No Limit. The Monstars would continue to rely on guard Reggie Stewart throughout much of the season to be their go-to scorer and primary facilitator. Stewart finished the season fifth in both scoring (251) as well as rebounds (88).

“Reggie was outstanding this season,” Chisholm said. “We depended on him every game to play his hardest. He gives one-hundred percent every play.”

Besides Stewart, Corey Jacobs had a breakout year, as he was selected as an All-Star and was third in the league with 31 steals, earning him a spot on the All-Defensive team.

“Corey is a great defender,” Chisholm said. “He played against all the big names this season and played great defense. Having that one player that can play defense on anyone is relieving. Then it allows the rest of the defense falls in place. He had a great first year in the Legacy Leagues.”

Through Week 7, the Monstars were ranked second behind No Limit, as the team had a 6-1 overall record. Despite the impressive run midway through the season, The Monstars closed out regular season losing back-to-back games against the Rookies and Red-Emption.

“We lost to both teams because we weren’t mentally focused,” Chisholm said. “We let The Rookies get back in the game, and Red-emption came out to ball. We knew going into the playoffs that we had to come out with revenge and take it to another level. 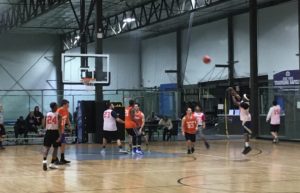 The Monstars would finish the season with a 6-3 record, earning the fifth-seed, as the team faced Tyrell Holmes and the twelfth-seeded Sportslook in the first round of the Winter 17 playoffs. The story of the game was Mike Cody, who had returned following a two-week absence. Cody was crucial in the Monstars’ 54-49 win over Sportslook, and continued to play well for the Monstars throughout the playoffs as the team would also advance past a sloppy Stranger Danger team in the Quarterfinals.

“I’ve always seen a star in [Mike Cody],” Alston said. “It’s the reason I recruited him. I feel he was the X-factor on our team all season long.”

Cody’s defining moment would come in the Finals as the Monstars were seemingly tied the entire game with a tough Red-emption team. Cody hit a go-ahead three late in the game to seal the Winter 17 Legacy Leagues Championship for the Monstars, and would be named the Winter 17 Finals MVP.

“Mike Cody has been hitting big shots all season,” Chisholm said. “The fact that he did it again in the clutch does not surprise me. It really showed the difference between certain players in this league. He’s a silent killer.”

The Monstars truly came together in the playoffs, especially in the Semifinals when they defeating Mike Davis and the top-seeded Cereal Killers. In a game many knew would be extremely competitive, the Monstars held a three-point lead in the final two minutes when Stewart went off, scoring 11 of his 47 points in the final 1:30 to bury the last undefeated team remaining.

Each player made a significant contribution to the team from every bucket on offense to each forced turnover on defense. The Monstars saw four players (Reggie Stewart, Mike Cody, Corey Jacobs, and Brandon Seabrook) finish the season averaging double-digits in the scoring column. While there is much skepticism regarding how the team will look next season, there’s no doubt that this team will go down in league history as one of the more gifted teams with the strongest sense of togetherness. 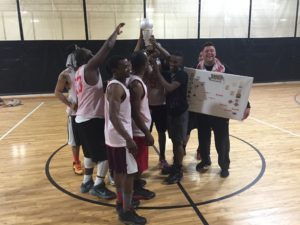 “This is the first team to win a championship since Brotherhood divided,” Chisholm said. “Some players have been playing for three years; some are new. I was happy for Ty, Reggie, and Cody because they’ve been playing hard in the league for three seasons. Everyone on this team deserved this championship.”