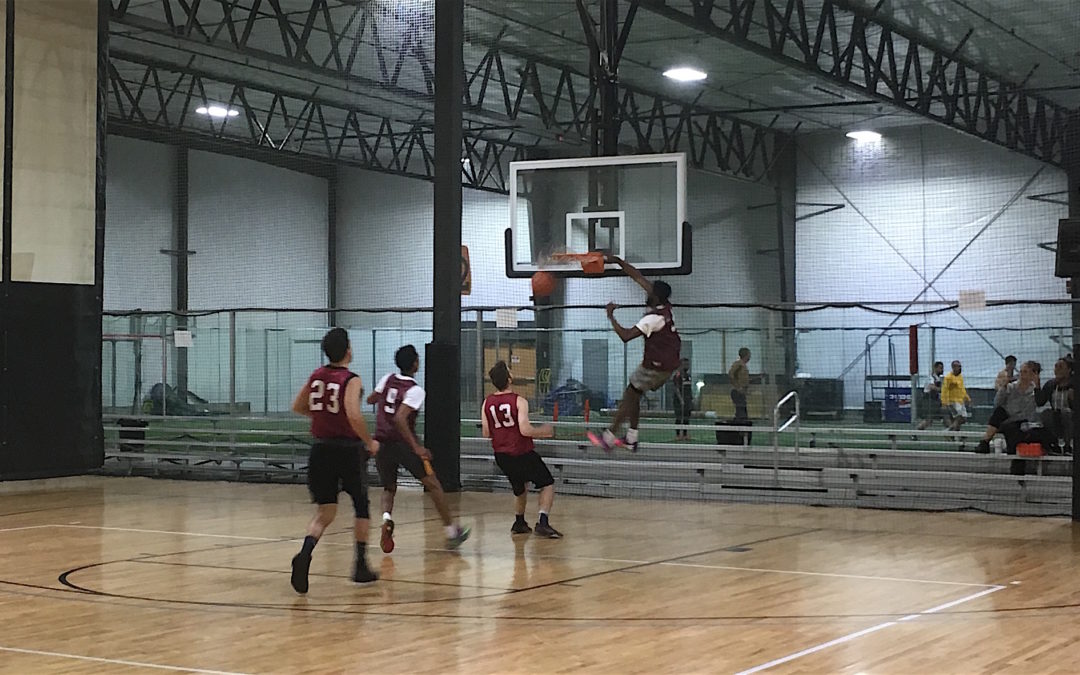 The Rookies and the Avengers would play their last game on the season Monday night with a lot at steak regarding their seeding in the upcoming playoffs. Jhamal Jones and Eric Singleton of The Rookies combined for 52 points in the eventual 89-56 blowout victory over the Avengers.

“We came out and played hard,” The Rookies’ Elliot Walker said. “My man was making nasty shots and it just felt good to be back out here.”

It was a back-and-forth battle from the tip off as both Derrick Davis and Jaylon Smalls would matchup, fighting to give their team an early lead. Neither player would perform well enough to put their team in a comfortable position, however Davis and Kevin Connors would shoot well enough to give the Avengers an 18-14 lead after the first quarter.

Eric Singleton of The Rookies and Zach Shapiro of the Avengers each came off the bench for their teams, providing some much needed momentum. Although Shapiro came in hitting some big shots from beyond the arc, Singleton exploded as The Rookies would go on an 8-0 run and take a 31-24 lead at the half.

“We’re finally coming together and got all of our players right where they’re supposed to be,” Walker said. “I’m not saying we’re too comfortable, but we feel confident in ourselves.”

While Singleton scored 15 points on 6-of-7 shooting from the floor, not a single player for the Avengers scored in double digits at the half.

The second half was predominately controlled by The Rookies’ Big 3 in Jones, Smalls and Singleton. Jones would go on to score 24 of his team-high 30 points in the second half en route to victory. Singleton would finish with big numbers as well, scoring 22 points, proving crucial in the 12-4 run for the Rookies late in the third quarter.

“They [Jones and Singleton] bring the hype and the energy,” Walker said. “The way they gel together is unbelievable. They make everybody else come together as one.”

Elliot Walker would have a solid game himself, scoring 8 points and grabbing 5 rebounds, and had a huge block late in the game that got everyone’s attention.

“I just go out and try to have fun and play hard,” Walker said. “I love blocking shots. I’d rather block shots than score.”

With the win, The Rookies improve to 4-5 overall at the end of the season, putting them in the middle of the pack. For now, they will wait for several teams, such as the Renegades, Goon Squad and Stranger Danger, to finish the remainder of their schedule.

As for the Avengers, they fall to 2-7 along with White Magic for the 12th seed. Both teams will await the remainder of the league to finish the season before the All-Star festivities and playoffs occur in April.