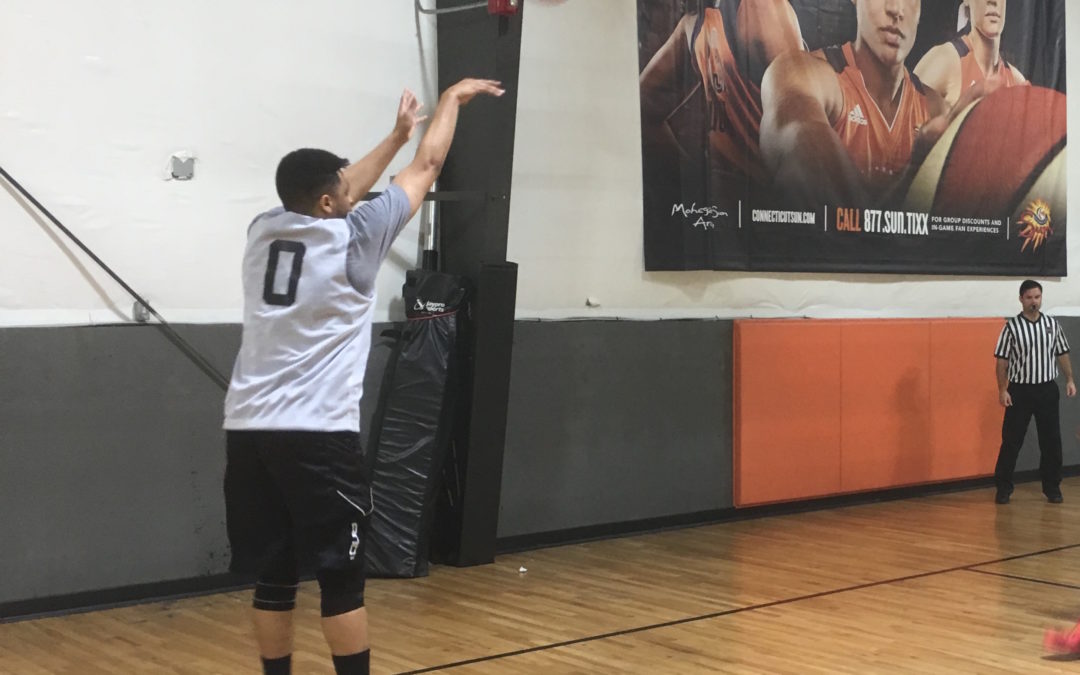 In another Tuesday night edition of ‘The Ty Reed Show,’ we saw the Renegades’ unstoppable Ty Reed completely dominate a helpless Rookies team. Reed and his squad had a solid first half, but would allow the Rookies to rally back in the late moments. However their comeback would not be enough as the Renegades escaped with the 70-65 win.

“It was a big game for us for sure,” Ty Reed said. “When we’re at full strength and we’re hitting three’s and we run with out pace, we’re giving everyone a problem.”

Jaylon Smalls and Jhamal Jones of the Rookies were not in sync from the tipoff as the Renegades took advantage, coming out on an early 18-3 run. Despite their early struggle, Eric Singleton would come off the bench and help bring the game back within reach for the Rookies.

Reed would go for 19 points and 11 rebounds in the first half as the Renegades took a commanding 37-23 lead at the break. Davin Sirpenski also had a dominant performance with 9 points in the paint and was a force as a perennial shot blocker.

“It’s just good when we get out and run,” Reed said. “We run the fast break, get offensive rebounds, and really push. My teammates just dish it down low and I just get to run with it. When I get going, it’s fun and I get to cover a lot of ground.”

The second half would be a different story as the Rookies would come out as hungry as ever, outscoring the Renegades 18-13 in the third quarter. Smalls, Jones, and Singleton were an unstoppable force throughout the second half and would combine for 57 of their teams’ 65 points.

“We got a little out of control there,” Reed said. “We tend to get a lot of turnovers late in the game and they came back, played scrappy, got offensive boards and were a lot faster down low, but luckily we were able to hold it off.”

With the win, the Renegades improve to 3-3 and will look to make a statement in their matchup next week against the Temptations, who have lost their last two games.

“I’m just hoping that we can take it to them [Temptations] next week and go 4-3,” Reed said. “We’re trying to make the playoffs man. That’s the goal, right?”