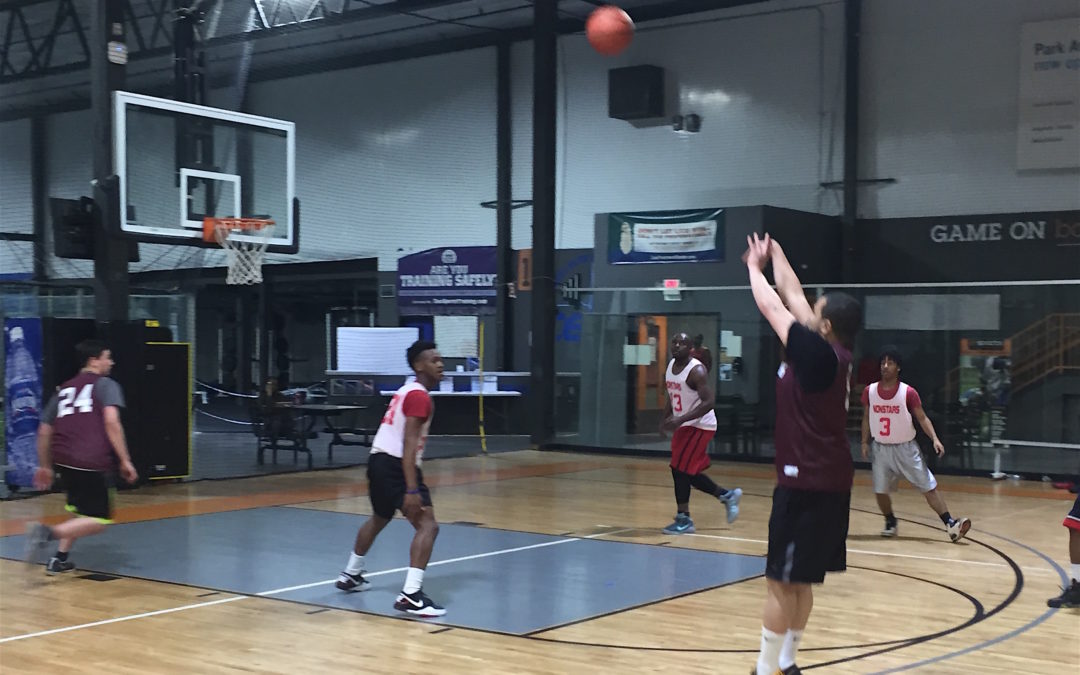 In one of two big time upsets this week, The Rookies defeated the Monstars, 82-81, thanks to the game winning free-throw cashed in by Eric Singleton.

“We just fought, we only had five people,” The Rookies’ Jhamal Jones said.  “We fought hard, we were down ten for a while and then we hit some big threes.”

The Rookies used their late game toughness to secure this win.  Hitting clutch free-throws under pressure and breaking the vaunted pressure defense of the Monstars with ease. In addition to their toughness, their defensive intelligence played a big role in the victory. Justin Ruiz would seal the game with back to back clutch blocks in the final seconds of regulation.

“Switching back and forth from man to zone confuses a lot of teams and helped us a lot in this game.” Jones said.

After figuring out the defensive end, The Rookies had the trifecta of clutch/toughness, defense, and offense. They would drop 82 points as the “Big Three” of Jones, Singleton, and Jaylon Smalls had 29, 23, and 16 points respectively, while shooting an efficient 50 percent from the field as a team.

Despite the shocking defeat, the Monstars showed that they are still one of the better teams in the league, if not mostly because of their efficient offense.

Corey Jacobs had a breakout performance with 32 points, while Reggie Stewart added 18 points and Antoin Pettway contributed 12 points in the interior.

Additionally, the Monstars broke out their pressure defensive and had early success with the press despite it hurting them in the end with bad fouls and out of control offensive possessions.

“That was a good win and a good fight though. We needed that one” Jones said.