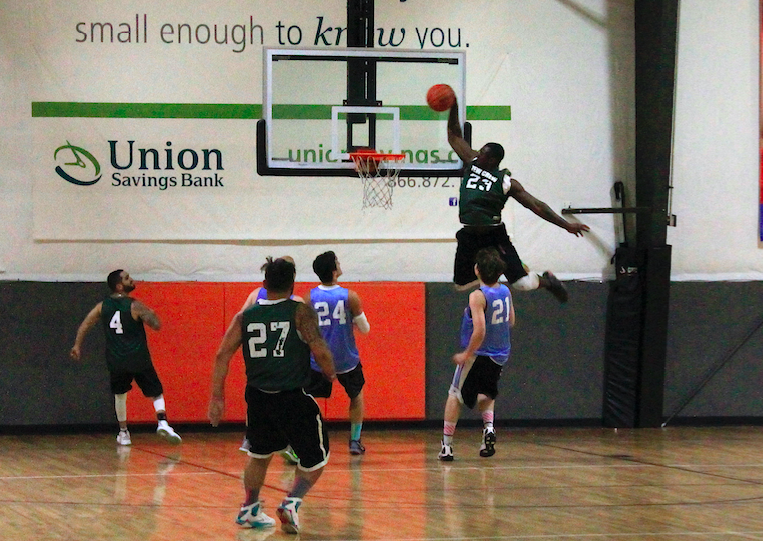 ZewCrew held an eight-point lead at halftime, but Blood, Sweat and Beers (7-2) did not fold. BS&B outscored ZewCrew 18-13 in the third quarter, leading to a tight fourth quarter.

As Blood, Sweat and Beers shrunk its deficit, Rosario did just as much to keep ZewCrew’s lead. The most crucial of these shots game in a two-point game when Rosario kept a ball inbounds on the baseline, turned and shot the ball over the backboard and in to make it a two-possession game.

In the dwindling seconds, BS&B’s John Lutters missed a 3-pointer that would have knotted the game at 57. Instead, Mark Harrison gathered the rebound, BS&B fouled him and he sank the first of two free throws to clinch the win.

At 5-4, ZewCrew enters the Legacy Leagues playoffs as the No. 4 seed. The team will play The Pandas, the No. 4 seed, who won their Week 7 matchup 51-45 on July 19. The winner of that game will likely face The Brotherhood in a semifinal matchup.

Blood, Sweat and Beers, on the other hand, finishes their season as the No. 2 seed, a spot they had already clinched after Week 8. The team awaits the winner of the matchup between the No. 7 and 10 seeds, Run TMC and The Hateful 8, respectively, BS&B beat The Hateful 8 84-36 back in Week 2 while they beat Run TMC 90-74 in Week 8.