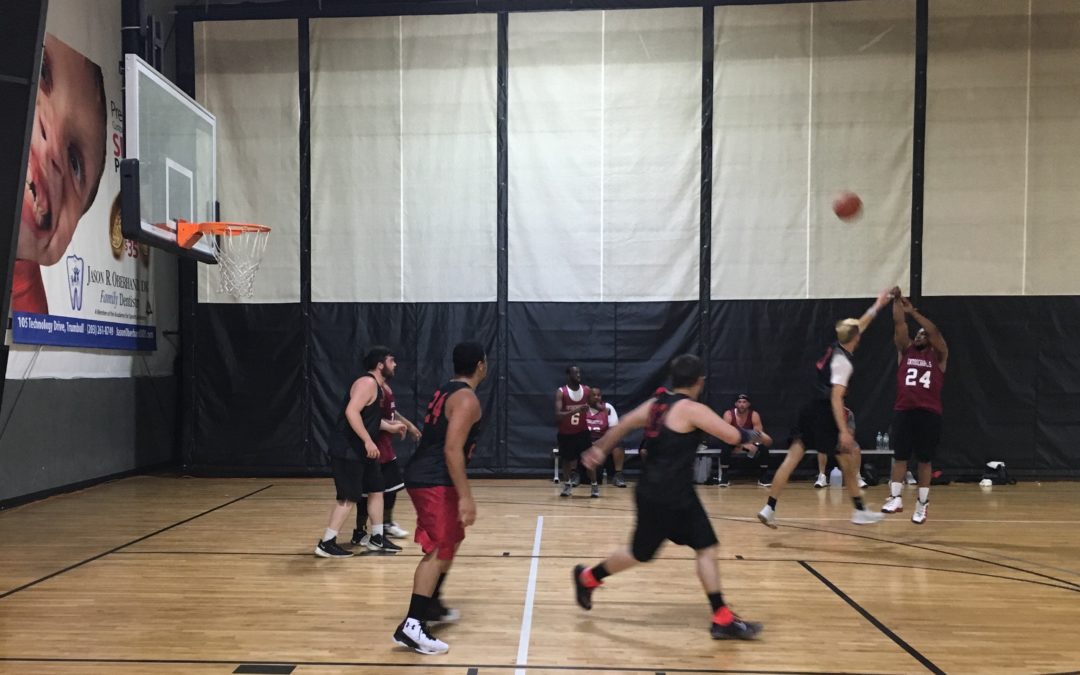 It took a half, but Chris Rosario found his touch down the stretch to secure a victory for the Untouchabulls on Monday night.

It wasn’t a matter of heating up for Rosario rather than finding good looks. Fry Time did a solid defensive job on Rosario in the early stages of the game, but the efficient Rosario patiently waited for his time before pouncing for 21 points on 7-of-13 shooting, as well as nailing three of his six three point attempts, leading the Untouchabulls to a 68-48 victory and putting the team in the win column for the Summer 2017 season.

It wasn’t easy for the Untouchabulls out of the gate as Fry Time jumped out to a 10-2 lead and erased a double digit deficit before the Untouchabulls used an 8-0 run in the second quarter to take a nine point lead into the halftime break.

“We picked up our defense,” Curtis Eaddy said of the Untouchabulls’ adjustments. “Chris and David picked up their shooting and we were out and running after that.”

Rosario was part of the defensive rejuvenation late in the second half, recording a game-high three steals to compliment his efficient shooting.

Kevin Bott had an efficient night of his own for Fry Time, shooting 8-of-11 from the field and finishing with a team high 18 points.

The road to victory was a gradual one for the Untouchabulls, who outscored Fry Time in all four quarters to slowly build a decisive 20 point advantage and make it into the win column after a lopsided loss to Sportslook last week.

“It feels good,” Eaddy said after the game. “We want to build on this momentum, keep up the defense, and hopefully get another win next week.”