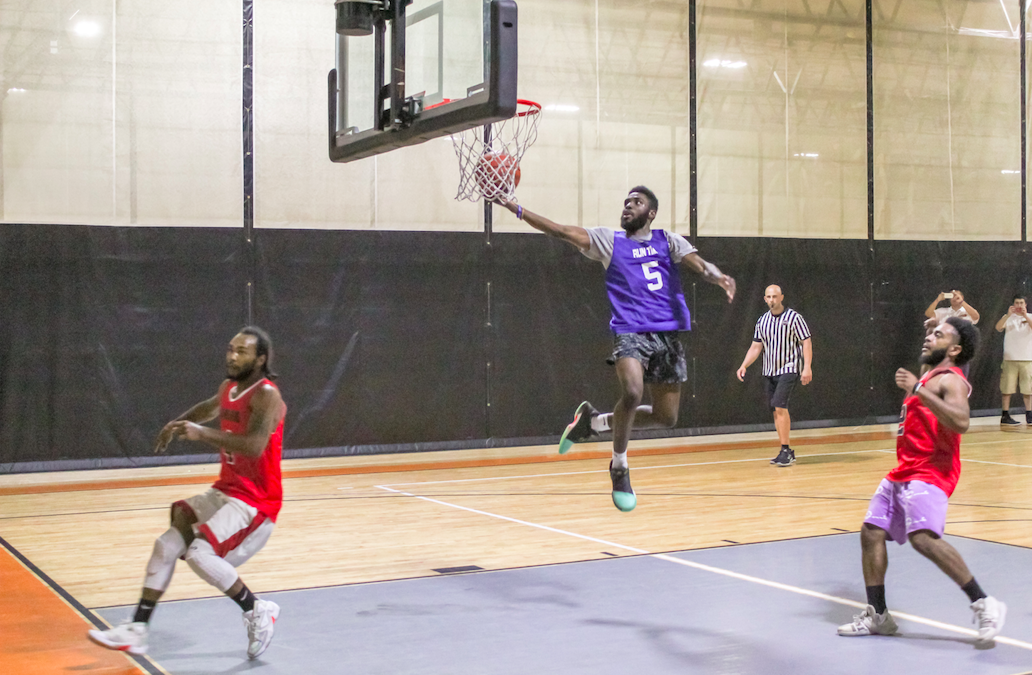 It was the crazy game the everybody expected. Third-seeded Run TMC advances to the Summer 18 Finals with a 75-72 overtime win against the second-seeded Rimbreakers in a game that was dramatic to say the least.

It was a hard fought, physical, back-and-forth game that brought the best out of both of these great teams. In the end, though, Run TMC will advance to play the unbeaten Shocker City in what should be an epic Championship Game.

With 10 seconds left down by three, Run TMC’s Eric Singleton hit a three to tie and send the game into overtime. From there, Run TMC ran with the momentum and outscored the Rimbreakers seven to four in the extra period.

“We made enough plays down the stretch and got it to overtime, where I always say, whoever scores first has a huge advantage because of how short of a period the overtime is,” Run TMC’s Joey Zocco said. “We were lucky to score first tonight.”

It is a tough way for the Rim Breakers’ season to end. All year, they were one of the best teams in the league. It is not the ending they wanted, but a season they should be proud of for sure.

Run TMC, who had the height disadvantage in this game, did not run out of gas despite the Rim Breakers’ size. They kept battling and hustling, and did everything in their power to come out with the win despite being the smaller team.

“They are a tough team, and I thought our speed would be a bigger advantage, but it was not and that is just credit to them,” Run TMC’s Joey Zocco said.

Kayjuan Bynum was a beast in this one scoring 24 points and adding 11 rebounds.  Eric Singleton had 23 points. Reggie Stewart, despite an off game, scored 18 points and added 11 rebounds in a gritty team performance.

For the Rim Breakers, Gerald Mclease had 28 points in a dominating performance where he was unstoppable for most of the game. Keivon Turnbull was banged up in this game, but still managed to have 14 points and nine boards.

Run TMC is one of two teams remaining this season, as they get ready to face the top-seeded and undefeated Shocker City squad in the Finals on Monday night.