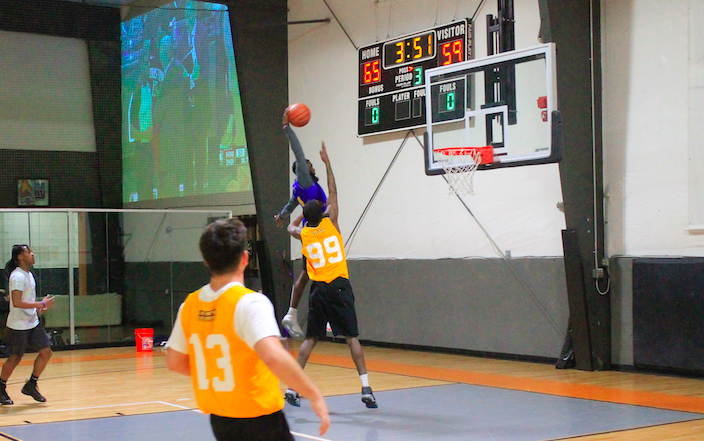 In a game that many believed should have been a lopsided victory for Run TMC (4-2), the struggling Young Kings (1-5) had a much different attitude. But facing a three-point halftime deficit, Run TMC used an offensive explosion out of the halftime break to avoid the upset, 99-92.

It was a game that seemed as if neither team would miss a shot. The two sides combined for 91 total points in the first half, but both teams cooled off as the game progressed before the strong third quarter propelled Run TMC to victory.

“We only won by seven points so we definitely need to open that up more,” Run TMC’s Joey Zocco said. “But hey, a win’s a win. We’ll take it.”

Zocco ended the night with 15 points on 5-of-12 shooting. All 12 shots he took were from beyond the arc.

“We got easier baskets in the second half after getting those stops, getting out and running,” Zocco said. “That was the key to opening it up a little bit.”

Without Eddie Whitman, the Young Kings were led by DJ Foster who dropped 35 points on 13-of-19 shooting.

Run TMC goes into their bye week on a positive note after their loss to Shocker City a week ago. Run TMC’s next game is in two weeks against The Chasers (3-3) . For Young Kings, they’ll face the 2-4 Rim Breakers next week.