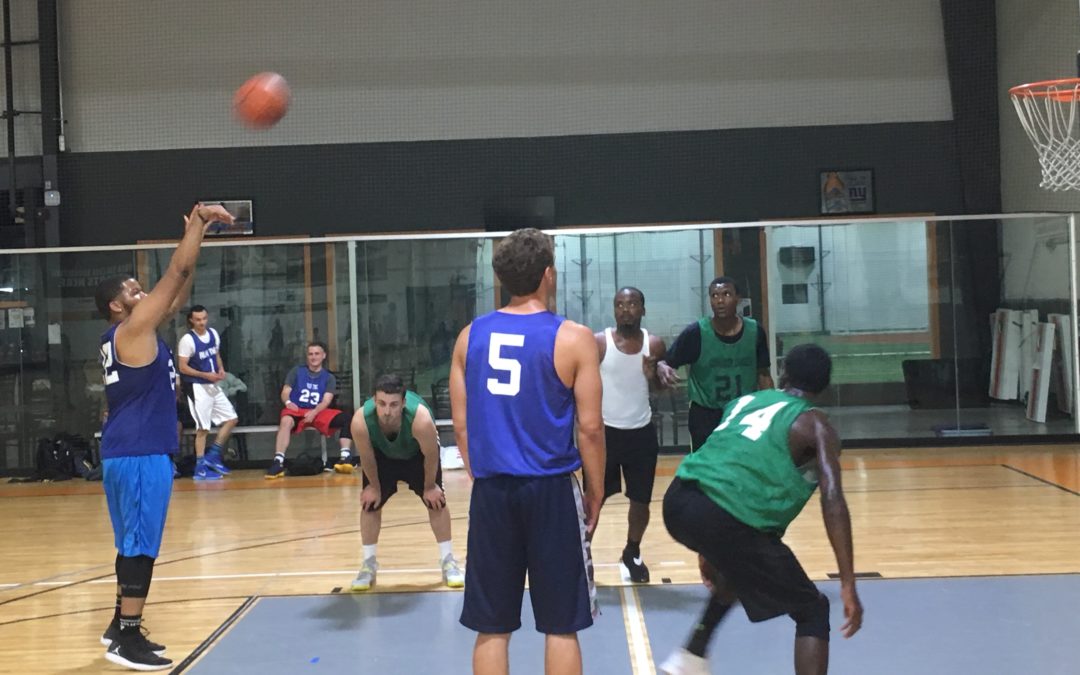 Run TMC may only be 3-5 after the win, but with the playoffs approaching it was clear they wanted to make a statement. Run TMC’s smothering defense and a big second quarter turned out to be the difference in the five-point win Tuesday night over Stranger Danger.

Run TMC’s Nick Giannoni was all smiles in the post game interview when he spoke about the stifling defense.

“Everyone boxes out to get rebounds and we run with every player on the court until our opponent gets tired,” he said.

Run TMC did just enough offensively to hold off Stranger Danger, matching their scoring efforts in both the third and fourth quarter after outscoring Stranger Danger by six points in the second quarter. Will Hudson and Brandon Seabrook led the charge, combining for 40 of the teams 65 points. Will Hudson dominated the boards by grabbing eight rebounds.

While Hudson’s production has been a mainstay of Run TMC’s offense, he did so in a new way Tuesday night. Of his 20 points, 14 came from the free throw line, shooting 14-of-17 from the charity stripe. Run TMC’s ability to get to the line in comparison to Stranger Danger really helped throughout the contest. Stranger Danger shot just four free throws to Run TMC’s 29 attempts.

With the victory, Run TMC is in the win column for the first time since June 26 against the Double Dribblers. Now 3-5, Run TMC plays Goon Squad (3-5) in the last week of the regular season, a team they are awfully familiar with. Stranger Danger, falling to 3-5, face another 3-5 team in Bad Boyz next week.

Although on the losing side, Stephen Echols played very well against Run TMC. He scored 13 points, but also grabbed four rebounds and dished out six assists. Melquan Horton recorded a double-double, scoring 15 points with 12 rebounds.