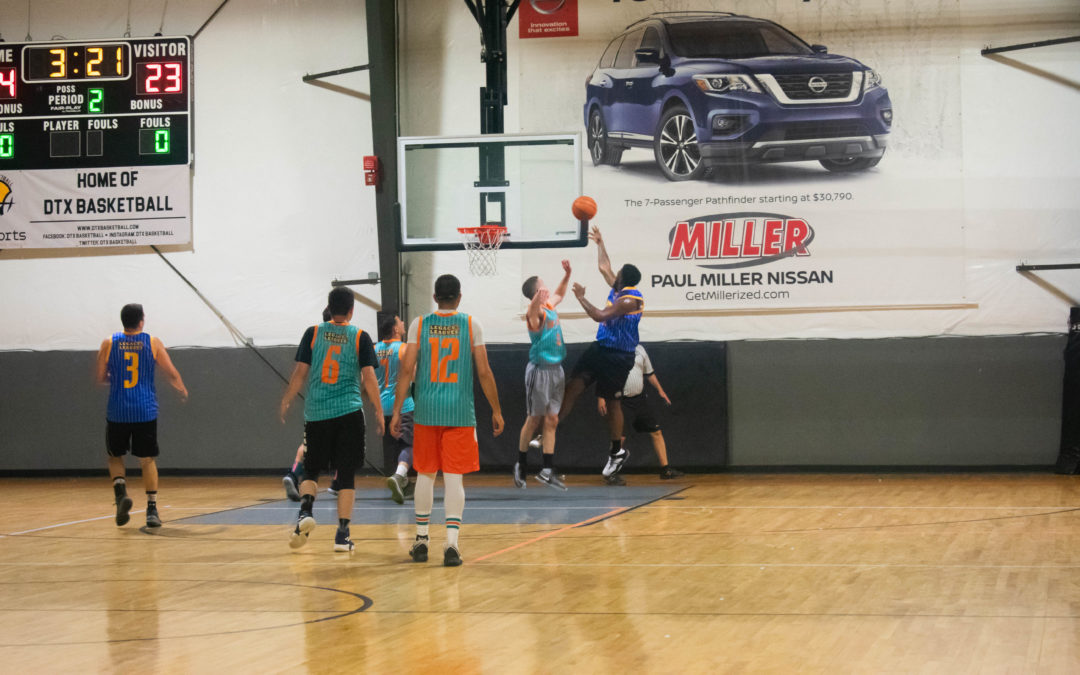 The Week 6 Game of the Week in Connecticut was well worthy of its vote. Two teams sitting at 5-0 clashed as Run TMC held off the Flint Tropics, 74-69.

Run TMC was held to just ten points in the first quarter, and it appeared at first that this would be another off game for Reggie Stewart. He missed layups and was seemingly frustrated with himself. This wouldn’t be the case as he stepped up his production the following quarter and opened up after halftime with back-to-back three-point shots.

“You never know what you’re going to get,” Will Hudson said. “(Stewart) can go from zero to 45, 45 to 100. There’s nothing anyone can do about it in this league, so I think Reggie (Stewart) is probably the best player in this whole league.”

Stewart’s extensive Legacy Leagues resume can back that up. He ended up leading the team with 28 points, nine rebounds, and three assists. It’s safe to say he’s found his groove again.

Coming into this game, Run TMC was missing a key component in Mike Slattery who was not in attendance Monday night. Appearing in just four games and starting just one of them this season, Slattery has the second most points scored on the team with 72, next to Stewart’s 149.

“Well, with Mike (Slattery), he brings a lot of physicality and rebounds,” Hudson said. “We really needed that today. (The Flint Tropics) killed us on the boards, but we were able to pull it off. Late free throws helped, and we just tried to be smart.”

In actuality, Run TMC had one more rebound on the night than the Flint Tropics (32-31), although the presence of Slattery would most likely have bolstered their production.

Being able to pull off a win against the only other undefeated team with arguably their second best player missing speaks volumes for Run TMC. Escaping with the tie breaker is one thing, but the Flint Tropics not getting to play against Slattery before a potential postseason rematchup is another.

“Absolutely not,” Hudson said when asked about Flint Tropics knowing Slattery. “(The Flint Tropics) don’t know the little things we know about him. He can do things that people don’t even know he can do. So, we’re just ready to have him back. He’s physical and rebounds the ball so well.”

Whether or not the Flint Tropics and Run TMC will meet again this Summer remains to be seen. For now, the latter will revel in being the sole undefeated team in Connecticut League.

“It feels good to be on top now,” Hudson said. “We know we’re the top team in the league.”