Run TMC picks up the pace, holds off STP 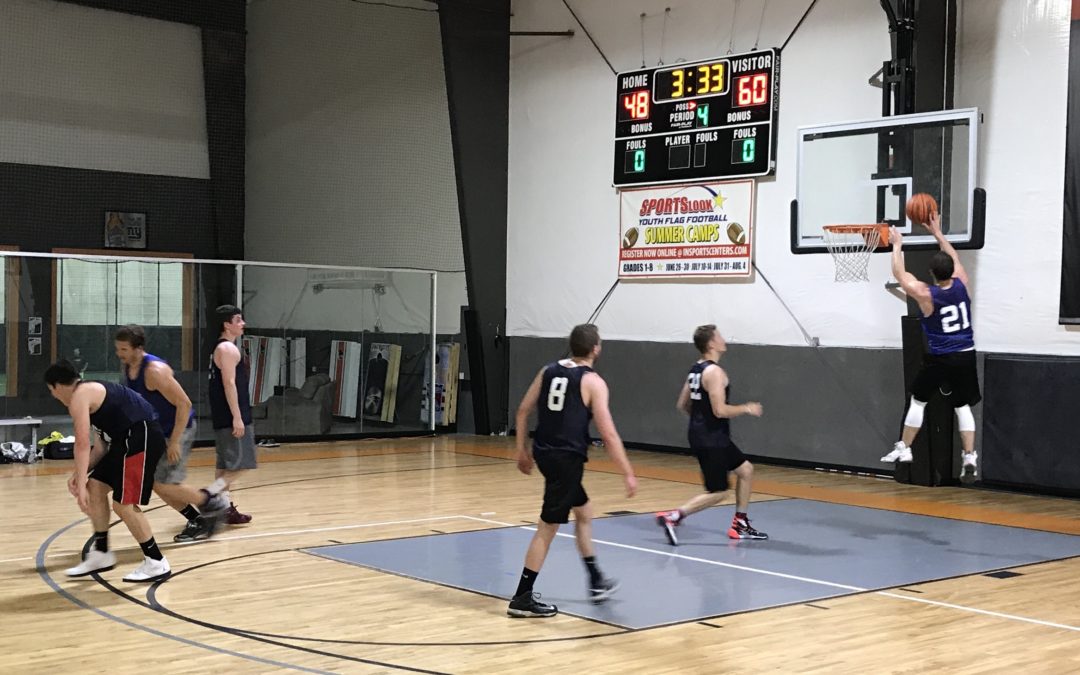 Run TMC came into their Week 2 game against STP with a focus on what has worked so well the past two seasons: running more. They seemed to accomplish that for most of the game, getting up 63 shots, compared to their 42 in their week 1 loss.

After opening up a 20-6 lead through the first ten minutes, Run TMC rarely trailed en route to their week 2 win over STP, 71-62. Will Hudson led all scorers will 21 points and 12 rebounds.

“Box them out, rebound, get easy fouls, that’s all it is,” Hudson said.

After jumping out early, the second quarter was more even for both teams, but it was after the intermission when STP came alive. STP outscored Run TMC by 9, the only quarter they won in the game, and cut the deficit to six heading into the fourth.

Run TMC never trailed in the second half, escaping with a nine-point victory to improve to 1-1. Run TMC once again struggled to shoot it from deep, only making four of the 23 threes they took against STP. That poor shooting display followed another terrible shooting night in week 1, when Run TMC shot 4-of-20.

Playing without John Rullan in week 2 can begin to explain why the team’s shooting was so poor.

“We were missing one of our better players, John,” Hudson said. “That’s no excuse.”

STP falls to 0-2, and will look to get their first Legacy Leagues win against the Flight Club in week 3, who is coming off their first win in week 2. Run TMC has a lot to work on, according to Hudson, heading into a semifinal rematch from a season ago against Redemption.

“(We need to improve on) turnovers and pushing the ball,” Hudson said. “We slept on them, because we should’ve beaten them by at least 30 points, but they scrapped. They stayed in the game, so we have to keep it up, keep the foot on the throttle.”