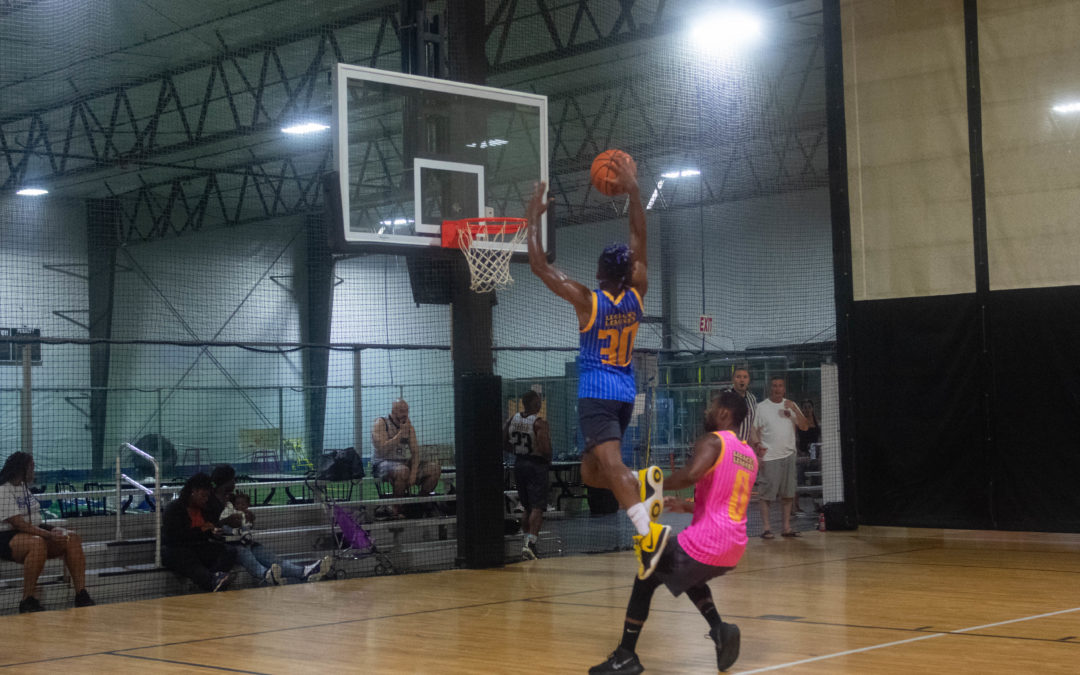 “Undefeated no more” were words that couldn’t escape the heads of Run TMC players all of last week, after falling to Redeem Team, and recording their first loss of the 2019 summer. Run TMC wanted to secure the number one seed in the playoffs this week and brush off last week’s loss, and they did so by beating the Brick Layers, 99-57.

“This is a good bounce-back win, going into the playoffs now we have a bye, so this win is a really good step,” Reggie Stewart said.

Run TMC had five guys with doube-digit points with Will Hudson leading the way with 21 points, and shooting 61 percent from the field.

Reggie Stewart had a team-high eight assists on the night, and Run TMC finished with 23 total assists in the game, their most assists in a regular-season game this season. Run TMC dominated the Brick Layers on both sides of the ball with 17 total steals as a team led by Mike Slattery‘s eight and Dom Langston’s five on the night.

Run TMC showed the entire season that they are a championship-caliber team. They battled out close games and perfect their game when it’s a blowout. Run TMC will be a scary opponent to be matched up against in the playoffs.

Run TMC will play the winner of the Tune Squad and Silly Sehnders, two teams they beat in the regular season. Confidence is one thing that Run TMC doesn’t lack.

“We lost one game and we weren’t even supposed to lose,” Stewart said after missing the past two games. “We’re capable of winning it, we’re here.”