Run TMC sprints towards playoffs after knocking off Titans 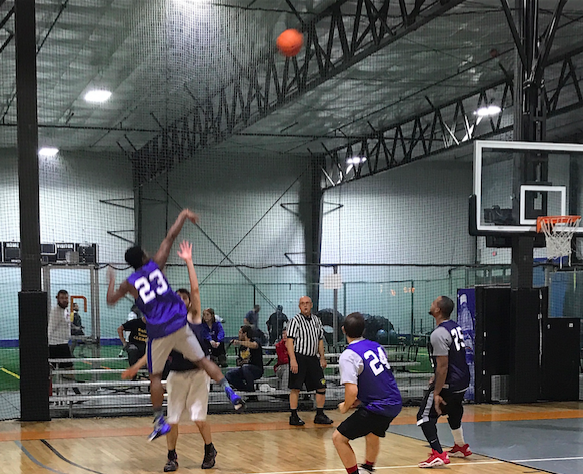 After starting 0-4, Run TMC finished the season with their fifth-straight win, climbing their way back from the bottom of the league’s standings. They shot 50-percent from the floor on their way to the 78-54 victory over the Titans.

Reggie Stewart continues to be the tempo-setter for Run TMC, playing tenacious defense, hitting the glass, and running the fastbreak. His contributions will be pivotal in the team’s success going into the playoffs. Run TMC’s Ty Alston converted on 8-of-14 shots on his way to 20 points and nine rebounds.

The Titans were unable to build on their three-game win streak, despite both Echols’ brothers scoring in double-digits. Bench scoring continues to be a weakness for the team who will be the no. 9-seed in the playoffs, facing off against the 8-seed Cereal Killers in the first round.

Derrick Edwards tallied 15 points to lead the way for the Titans, converting 7-of-13 shots from the floor. The loss comes despite the team shooting 53-percent on the night. The Titans look to use the momentum from the second half of the season as we enter the playoffs.

Run TMC, in the midst of a 5-game win streak, have catapulted up the league’s standings and find themselves as the 6-seed entering the playoffs. The turnaround has earned them a first-round game against the winless One Time squad, who comes in as our no. 11-seed.