Run TMC steamrolls Above the Rim to advance to Quarterfinals 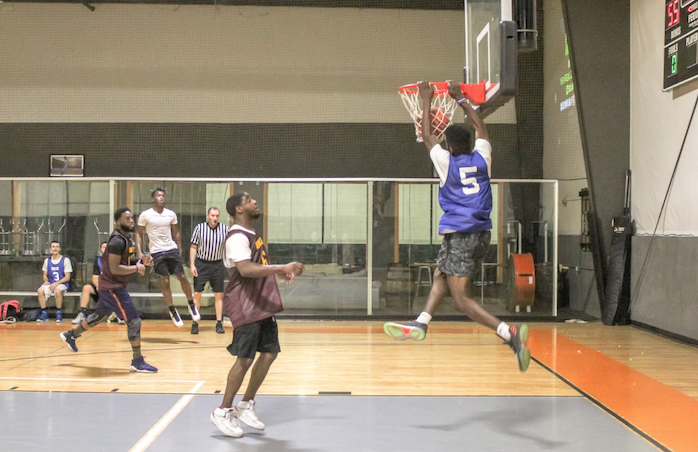 Clearly, the postseason doesn’t faze Run TMC in any way at all. A very experienced, veteran team that is Run TMC had no problem obliterating Above the Rim 91-47. Although the results were somewhat expected to be that Run TMC is the no. 3 seed and Above the Rim is the no.14 seed, a 44-point margin is always eye-opening.

Run TMC did the usual, defeat their opponent from the three-point line. As a team, they shot 45 percent from downtown to along with 55 percent from the field. Reggie Stewart finished the game with 30 points, six assists, five rebounds and even knocked down five of his ten threes. Will Hudson contributed 17 points and grabbed eight boards. A total of five players scored in double figures for Run TMC.

“You never take a team lightly, you can always lose a game if you don’t come in and play well. We went out there and played [defense] and ran the floor well, and got 91. That’s going to win a lot of games,” Cody Dileonardo said.

Run TMC did all of the right things in this one. On the other hand, Above the Rim only scored 47 points and shot 27 percent from the field. Even with seven players playing on Monday night, there was a total of only five team assists for the entire game. Shamar Knox scored a team high of 14 points and five rebounds, Percel Boyd had 12 points and four rebounds.

“I think we’d love to get The Throne again, their our one lost this year,” said Tyler Feldman when asked who’d they prefer to face in the quarterfinals.

Run TMC will go into their next matchup with their confidence at an all-time high. If they can keep up their sharp shooting, ball movement, and defensive pressure, they should have no problem going deep into the postseason.