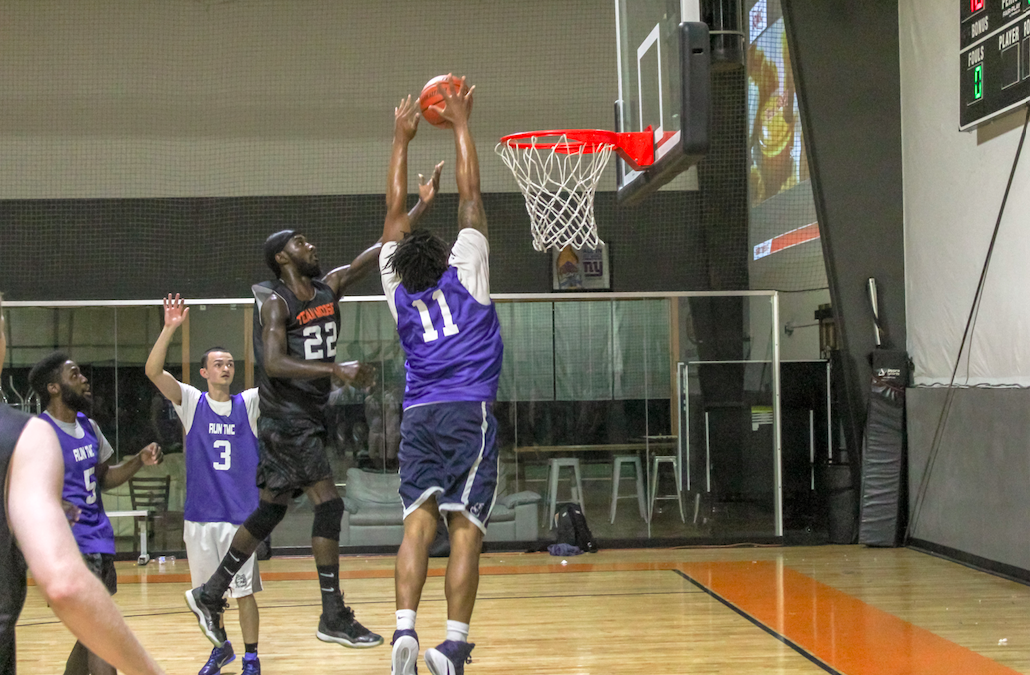 Without two of their best players, Run TMC came in motivated and hungry as they defeated Team Moose 67-61 in the game of the week. In what was a surprising short-handed win, Run TMC controlled just about the entire game from the start. They were hitting open shots and stepped up their defensive intensity which was crucial in defeating a strong Team Moose squad.

With this win, Run TMC moves to 6-1 as Team Moose now losers of two straight drop to a still impressive 5-2 record. Run TMC looks to keep the momentum going as they take on J’s Treys & Fadeaways and Team Moose looks to bounce back against the Head Hunchos.

This win would not have been possible without Eric Singleton. He produced 23 points and 12 rebounds which is like the normal Eric that we are used to seeing over the years. Joey Zocco hit four big threes and Kayjuan Bynum added a tough 13 points to help secure the win.

Team Moose had a big game from Melquan Horton who scored 20 points and Kevin Blake who added 17 but only had nine points from breakout star Jackson Meshanic. That was a big key in this game because he is one of the best players in the league and just did not have his best game today.

Joey Zocco was all smiles after this shocking win.

That was, in fact, the case, as Run TMC who is always unselfish was even more of that by always dishing out the extra pass tonight. If they play the way they did tonight and add two of their best players lookout!

The key was defense.

“We really stepped it up on defense and had to because they’re a good team who we all know has been around awhile,” Zocco said.