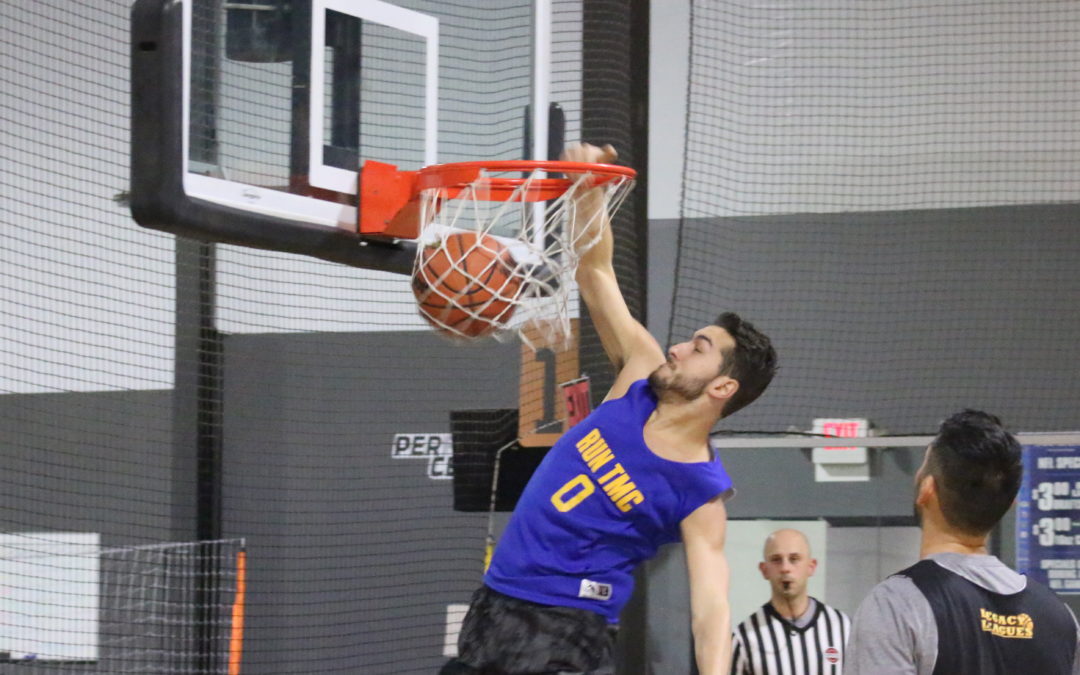 With Team Moose only having three players Monday night, that allowed Run TMC to take the lead early and never look back in their 115-101 win.

Joey Zocco got off to a slow start from beyond the arc, but was then unstoppable from three-point range notching 30 points on ten threes. Howie Miller led Run TMC with 33 points, netting some insane threes from deep. Miller came out of the gate with the hot hand by making his first four three-pointers to set the tone early.

“Team Moose only had three players, we didn’t put forth our best effort,” Erick Langston said after the game. “We only won by 14 and they only had three people so, me myself and I took some plays off, but that’s still a hell of a team to come out here with three guys and still compete.”

Despite only having three players, Team Moose held tough and actually outscored Run TMC 34-26 in the fourth quarter. Will Ingersol had a double-double with 51 points and 17 rebounds. Matt Mazzochi also had an impressive game for Team Moose with 31 points.

Langston also had himself an impressive night having a double-double with 22 points and an astounding 23 rebounds.

Run TMC will look to improve their defense next week against the Young Kings while Team Moose will take on the Rim Breakers.