Santorelli brothers, Sensual Chocolate lay down the hammer on the Double Dribblers 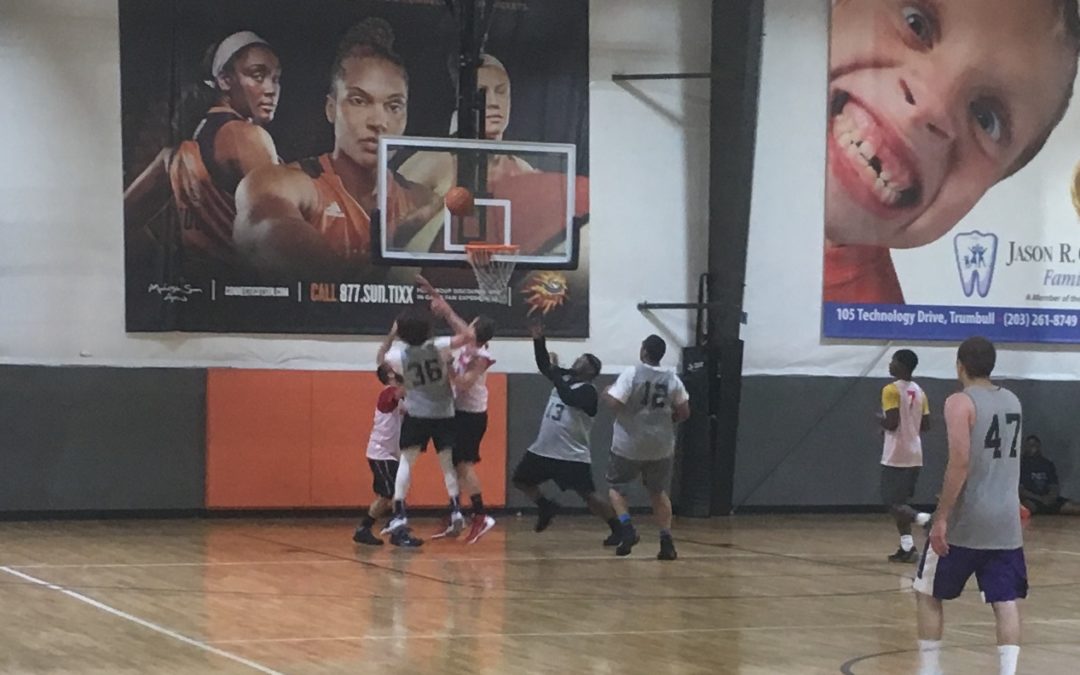 Sensual Chocolate continued to torch their competition in Week 8, soundly defeating the Double Dribblers, 96-65. While the scoring output was rather impressive, the Double Dribblers were not, as they showed little-to-no effort on the defensive end for a majority of the game.

Carmine Santorelli, and his brother, Nick Santorelli, both played phenomenal as they shared the backcourt duties together on Monday night. Together they combined for 17 assists and 19 rebounds, stuffing the stat-sheets in several categories. Carmine finished with a triple-double, while Nick flirted with a quadruple-double.

“We just got to keep moving that ball,” said Sensual Chocolate’s Tyrhon Coward. “We have to stay motivated.”

One of the key beneficiaries on many of the teams assists was big-man Troy Brunson, who Double Dribblers had no answer for Brunson. He finished the night with a game-high in points (26) and rebounds (12) to power his team to their sixth straight win.

For the Double Dribblers, they continue to struggle despite picking up their first win via forfeit in Week 7. Lacking a true big man, this team has been exploited down low all season, as was evident once again Monday night. Jesse Doucette was very effective from 3-point range (40 percent) as he has been all season, but he can’t carry the offense all by himself. Sitting at 1-7 in the standings, the Double Dribblers look to wrap up the Summer 17 season next week when they take on Fry Time.

Look forward to what looks to be a great matchup between Sensual Chocolate and the Monstars in Week 9. While the Monstars look to be an early favorite, expect to see a Sensual Chocolate team really hitting their stride with the playoffs lurking right around the corner. The last week of the regular season should provide a playoff-atmosphere as the leagues heavyweights battle for seeding.