Santorelli returns, Temptations bounce back with victory over Rim Breakers 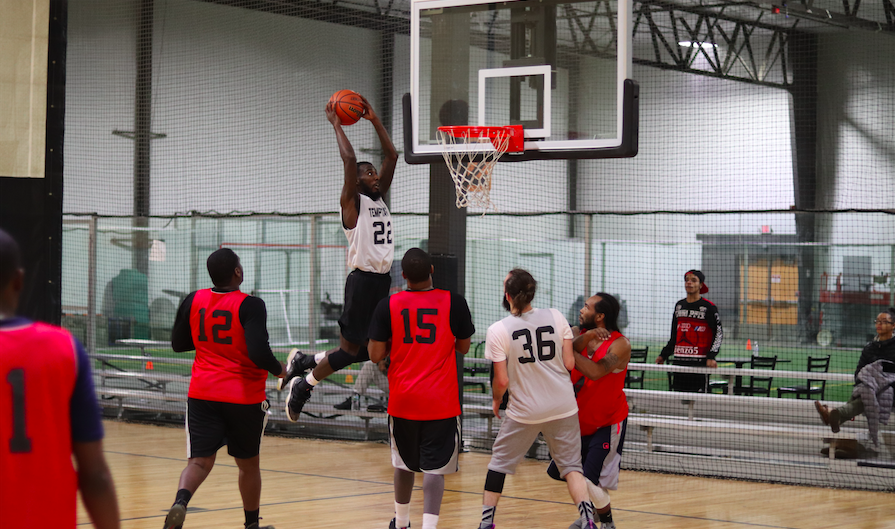 Carmine Santorelli’s offensive presence was sorely missed in Week 4 as he sat out due to injury. The Temptations scored just 39 points and shot 26 percent from the field last week against Team Moose without Santorelli. In Week 5’s matchup with the Rim Breakers, the Temptations looked like a completely different team, winning 80-64.

Entering the week at 2-2, it felt like the Temptations (3-2) had underachieved this season. On Monday, the Temptations returned to what they should be with Santorelli running the show. Santorelli scored 27 points and dished out six assists, as the Rim Breakers struggled to keep the Summer ’17 MVP in front of them.

Melquan Horton had another monster performance for the Temptations as well, scoring 24 points with 16 rebounds, and four blocks. Horton has emerged as one of the best players in the league this season, and through five games, he’s averaging 23.4 points, 13 rebounds, and 2.4 blocks while shooting 58.5 percent from the field. He currently leads the league in rebounds and blocks.

On the other side, the Rim Breakers (3-2) lost their second consecutive game after starting out the season 3-0. After a tough loss last week against the Monstars, the Rim Breakers came out a little flat. They trailed 23-13 after the first quarter and 38-20 at halftime.

The Rim Breakers will look to avoid their third straight loss next week as they take on The Chasers (3-1), while the Temptations will attempt to make it two consecutive wins in a matchup with the Blue Devils (3-1).

“That’s going to be a great game,” Temptations Jaylon Eggleston said. “But you know we’re going to come out with the W.”