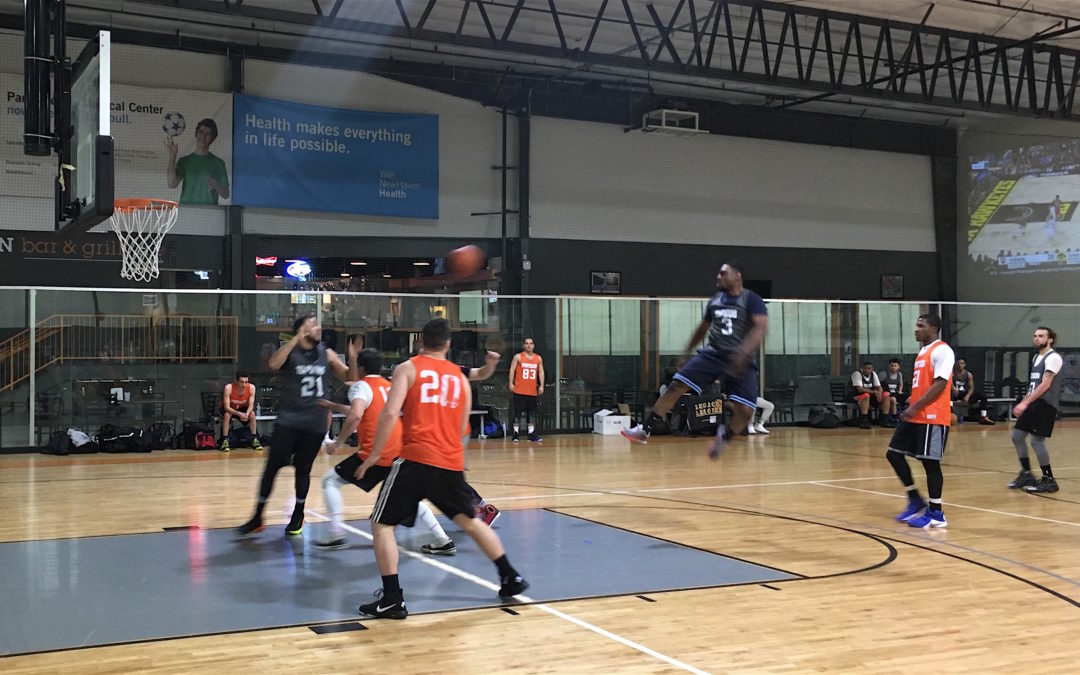 On night two of week five Legacy Leagues action, the Temptations came out with a win on court one over Sportslook, 88 to 70. Once again the story of the game would be Temptations stand-out Carmine Santorelli who dropped 40 points on 13 for 19 shooting.

“We gave him the room, set him a bunch of screens…he made his own shots.” Temptations’  Fred Milfort said when asked what they did to get Santorelli going.

Early in the game Santorelli was being defended well by Tyrell Holmes of Sportslook who also had a strong game scoring 22 points on 8 of 12 shooting. Sportslook kept it close in the first half, going into the break only down by three.

Things changed in the second half when Santorelli and the Temptations became too much to handle. Temptations outscored Sportslook 28 to 11 in the third quarter and that would end up being too big of a deficit for them to overcome.

On the positive side for Sportslook they looked much more cohesive tonight, playing more as a team and doing less one on one isolation. Scott Benzing was able to score 15 points and Christian Allen joined him in double figures with 11.

Next week the Temptations will try and remain undefeated against Goon Squad while Sportslook will try and bounce back against Red-emption.

“[We just have to] control the ball a little more…run and gun, that’s it,” Milfort said looking ahead to next week’s game.