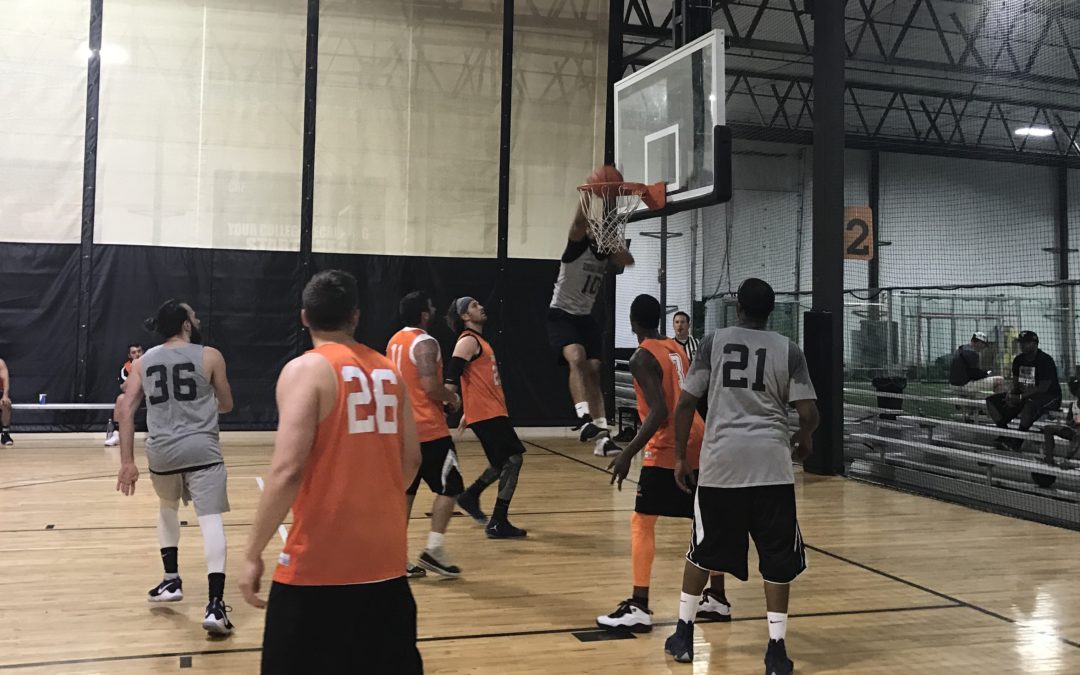 In what would go down as one of the most competitive games of the night, Sensual Chocolate would barely escape with a victory over Sportslook by a score of 76-75. The win marks the first of the season for Sensual Chocolate, which will hopefully provide them with some momentum going forward now a third of the way through the regular season.

Both teams scrapped and clawed all game but would be carried by their respective scoring leaders. The game essentially turned into a duel between Bryan Acevedo and Carmine Santorelli. Both players were firing on all cylinders, which provided fast paced action and intense transition finishes.

There was a noticeable sense of urgency for Sensual Chocolate on Monday night. Sensual Chocolate came into the Summer’ 17  season loaded with confidence and talent, poised to be true contenders. However, after starting out their season 0-2, Sensual Chocolate quickly found themselves with their backs against the wall, desperate for a win against a talented Sportslook team.

Sensual Chocolate is usually fueled by their standout backcourt combo of Aaron Samuel and Carmine Santorelli, but with no Samuel on Monday Night, Carmine needed to really carry the offensive load. Santorelli finished as the game’s leading scorer with 38 points, on 15-of-20 shooting from the field. His efficiency from mid-range paired with his incredible finishing ability really made him impossible to guard.

“The offensive approach was to get Carmine going, and get rebounds,” Sensual Chocolate’s Tyrhon Coward said. “We got more players coming next week, so we’ll see how it goes.”

In need of a spark, Lloyd Pridgen made his inaugural appearance of the season for Sensual Chocolate. Pridgen dropped in 18 points and nine rebounds en-route to the victory. His size and athleticism allows him to function as triple threat in terms of rebounding, defending and scoring.

As for Sportslook, the loss drops them to 1-2 on the season, but there is still plenty of time for this talented team to get back on track. Acevedo had a great game Monday night, and scored several clutch buckets down the stretch.

Despite both of these teams’ slow starts, they each have the individual talent to be playoff competitors. Solid play down the stretch from either of these teams shouldn’t surprise anybody heading into the postseason.