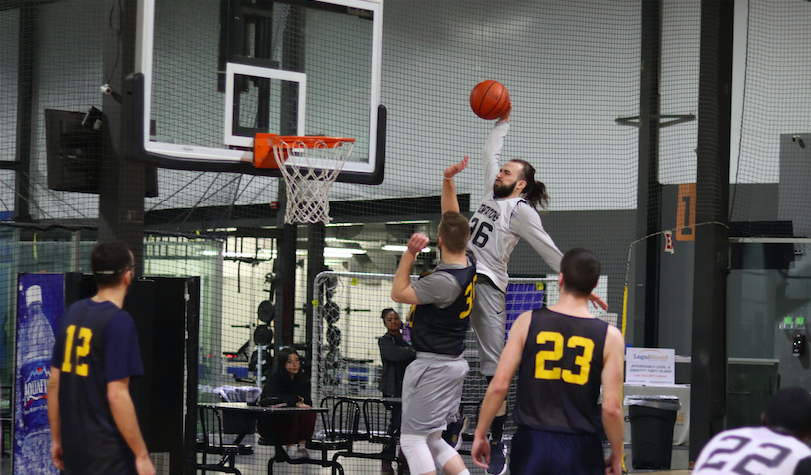 In a battle of two teams who entered the game with 5-3 records, the Temptations came out on top over the Flint Tropics, 65-62. This was a battle of two evenly-matched teams, as neither led by double-digits throughout the contest.

With the win, the Temptations now have six wins on the season. This helped them lock up the fifth-seed after losing the head-to-head tiebreaker with Team Moose. The Flint Tropics fall to 5-4 with the loss, making them currently a seven-seed with the possibility of finishing as high as six or as low as eight.

Carmine Santorelli had a huge game for the Temptations, putting in 34 points on seven three-pointers. Melquan Horton also played well as he scored 15 points and grabbed nine rebounds. With Santorelli in the lineup, the Temptations have lost just one game all season. With Horton and Santorelli leading the way, they will be a dangerous team in the playoffs.

“Carmine (Santorelli) had the hot hand,” Jaylon Eggleston said, “We just made sure we got him the ball. He was our leader tonight.”

For the Flint Tropics, Mike Bozzuto led the way as he scored 30 points on 60 percent shooting. Although they lost their final three games of the season, the Flint Tropics will not be an easy out in the playoffs. With Bozzuto leading the way, they are a team that can hang with anyone on any given night.

Last week’s Player of the Week Nick Japs had an off game, scoring just ten points on 3-of-15 shooting. In the end, the Flint Tropics simply could not get stops when they needed to, as Santorelli controlled the game down the stretch.

“I think we’re a more dangerous team than people give us credit for,” Horton said.