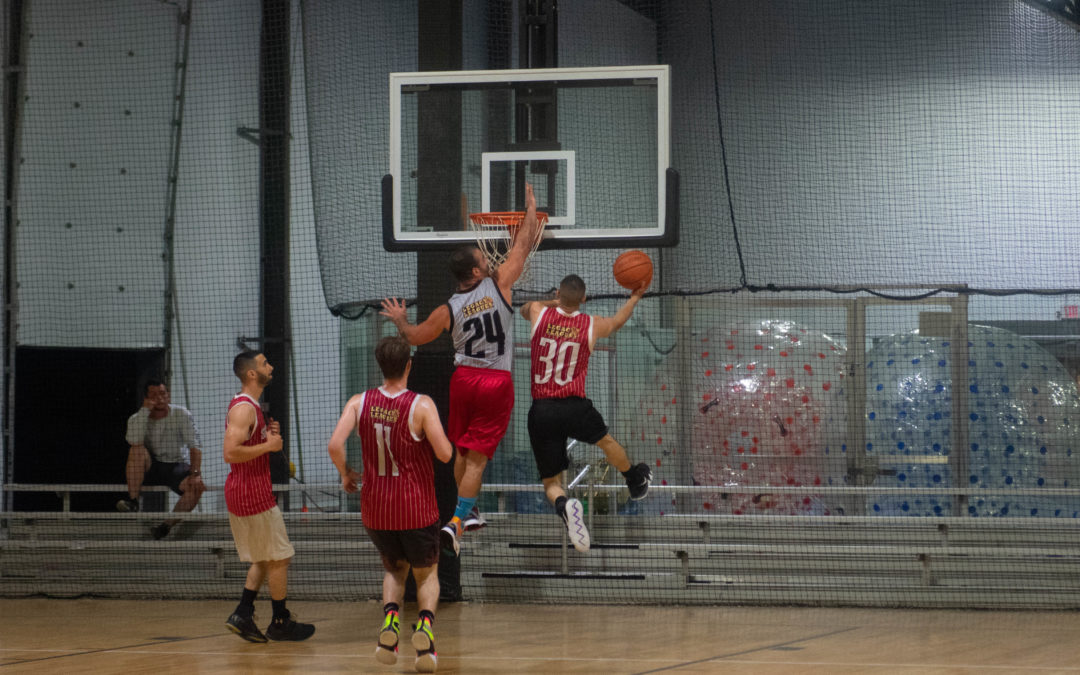 Halting a five-game win streak from NickStrong and launching the “is this the end of the Shocker City dynasty” discussion in a two-week span came from two narrow victories to close out Scott’s Tots’ regular season.

Despite holding a lead the majority of the game, NickStrong had trouble communicating. They often didn’t know who they were covering, and Scott’s Tots was able to move the ball well as a result and take numerous open shots.

“I was surprised, because like I said, we know these guys,” Raffone said. “We all go to Uconn, so they’ve played us before. We actually have an intramural team with them, we’ve won (two) championships with them. They know how we play and surprisingly, they left us open on a lot of shots. I think, honestly, they were tired. They only had five guys.”

Matchup confusion aside, the game was tight all around. Ryan Florentine shined in the first quarter and led NickStrong with 29 points, nine rebounds, and one assist. Scott’s Tots was always well within range of NickStrong’s lead and Raffone’s brother, Jacob, had a team-high 27 points.

“Both teams obviously (were) running the floor perfectly,” Raffone said. “They got great shots off, Anthony Vessichio hit a clutch three to tie it up, and then we came down and got a clutch three and took advantage.”

Like their efforts against Shocker City last week, Scott’s Tots closed the deal and pulled off the upset. The game was reminiscent of NickStrong’s inability to close out games they could’ve won throughout the first three weeks.

“That’s what’s good about it, that’s why I’m sweating a lot,” Rafonne said. “It’s a big win, we needed the win, and those guys, I like playing with them, so it was a good win.”

Scot’ts Tots have come a long way. Finishing the Summer 2019 regular season with a record of 4-5, they’ll claim the no. 7-seed heading into the postseason. Facing the no. 10-seed Brick Layers in the First Round, Scott’s Tots is already optimistic about making a run for the championship.

“We’re feeling great about it because we think that despite our play in the beginning of the season, we think that we’re definitely a competitive team,” Raffone said. “I think we can beat these teams, the teams that we lost to in the past.”