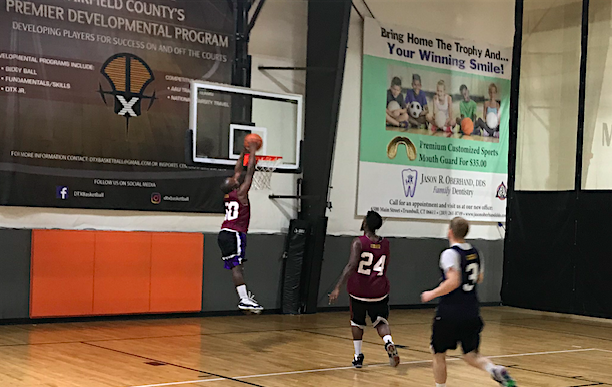 The Chasers came into Monday night’s game understanding that they needed to make a statement to the league, and they made that statement loud and clear by beating Gentlemen’s club, 103-45.

The Chasers were completely dominant on both the defensive side and the offensive side starting of the game on a 21-0. The Chasers had a total of 14 steals and shot over 50 percent from the field as a team. If they continue to play like this there could be another championship coming their way making that two in three years.

The player of the night was definitely Brandon Seabrook, who had a team-high of 27 points and shot an outstanding 62 percent from three. He looked almost unstoppable Monday night, hitting threes from everywhere and penetrating to the rack with ease.

Another notable player for The Chasers was Dominique Langston who had 17 points, six rebounds, and four assists Dominique also had an incredible put-back dunk that gave them a huge momentum boost in the second half.

The Gentlemen’s Club not only started off the game poorly, but also finished with little fight. Will Lutz tried his best even with a serious injury that happened in the beginning of the game. Lutz scored 14 points, while his teammate Brian Jackson also had 14 points of his own. The rest of the team scored a total of seventeen points, which was a major reason for their team’s loss.

The Chasers say they aren’t looking forward to playing any one team in particular.

If The Chasers bring the same attitude throughout the season they’re gonna be hard to stop.