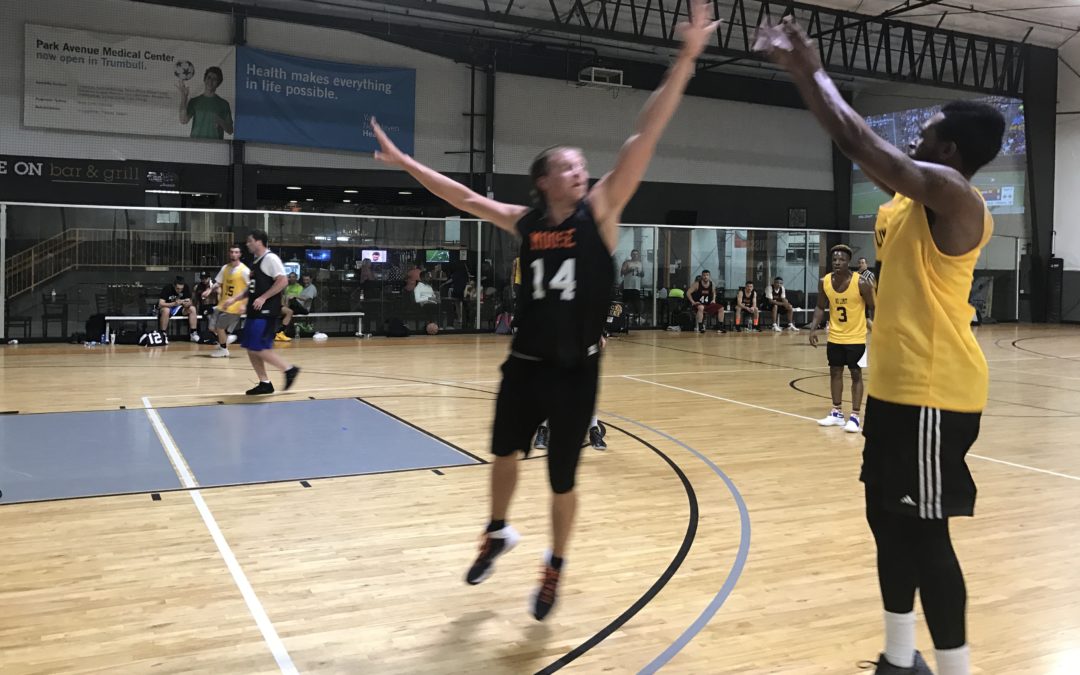 In an uncharacteristically sloppy performance by No Limit, they managed a slim victory over Team Moose. In a low-scoring, physical basketball game both teams had to fight hard for every basket scored. The usual suspects for No Limit sealed the deal in the 12-point victory, 59-47.

If you were expecting a high-flying, fast-paced game you got exactly the opposite. The game was slow and chippy with trash talk fueling the clash. Outscoring Team Moose in the third quarter 15-to-5 was what propelled No Limit to the victory and ultimately was the deciding factor.

No Limit’s key players started off cold and rusty, which helped Team Moose take an early first-quarter lead. No Limit came out in the second with a better attitude and closed the gap at halftime. In the second half No Limit flipped a switch and came out like men possessed. Tarell Vargas and Rashawn Hendricks spoke about the adjustments made.

“We had to push the tempo, they [Team Moose] does not want to run with us and we payed to much attention to the refs and we did not play our game,” Vargas and Hendricks said.

Vargas, Jalen Graham, and Howie Miller all had double- figure scoring nights for No Limit. There were a total of 28 personal foul calls between both teams, and No Limit shot 80 percent from the stripe, while Moose struggled shooting 33 percent.

“Defense is the key to winning every game this year,” Vargas said.