Second half surge boosts No Limit over White Magic 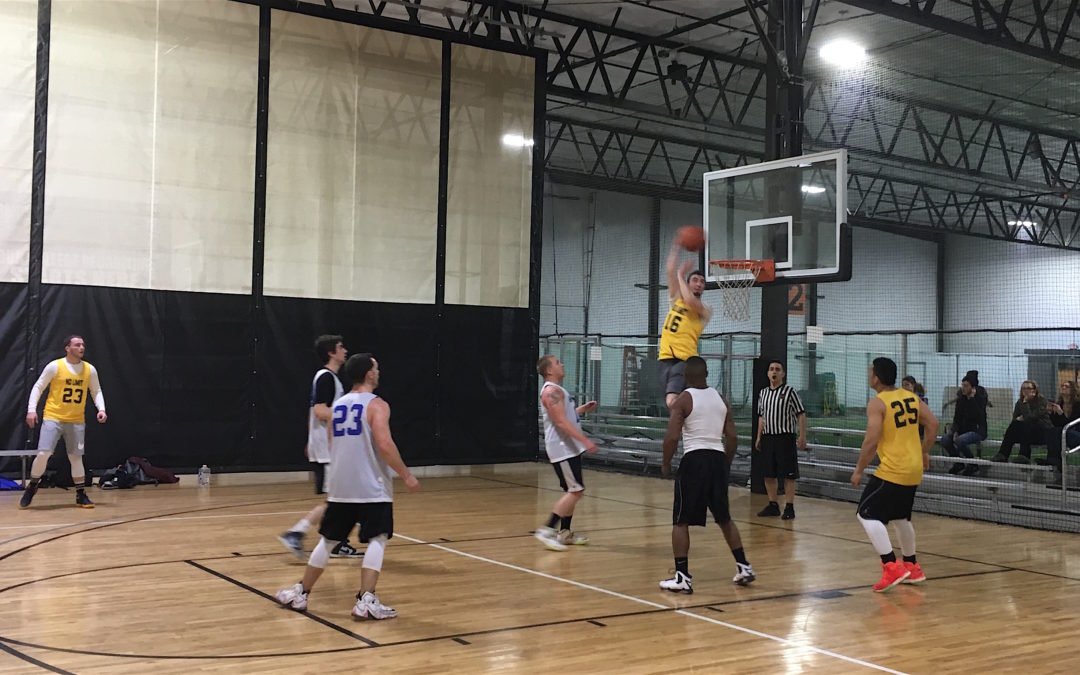 After a sloppy game that quickly got out of hand, No Limit eliminated White Magic from the Legacy Leagues playoffs by the score of 91-50.

“We just played defense. We were slow in the beginning but we took the team like we usually do. The better the competition, the better we play. I guess we had to step it up knowing we were down by three at halftime so we just turned up the tempo,”No Limit’s Jay Ramos said. “We got a good group of guys. We just turned it up and won the game.”

No Limit started off the game with sloppy play. Their defense was weak and White Magic was hitting their shots. rushed offensive possessions led to missed shots by No Limit. This sloppy play went on until halftime, where they were down by the score of 30-27.

No Limit was able to get a rebound, throw the ball down the court, and quickly score a basket. White Magic was not able to keep up with No Limit’s fast paced offense and on point shooting.

“When we know we are playing a good team we come out strong. Today it felt like we could step off the gas a little bit but they caught up to us, so as long as we come out fighting in the beginning we’re good,” Ramos said.

No Limit proved themselves as an offensive powerhouse once again today. Howie Miller led with 26 points and eight rebounds. Ronte Byrd also followed up with 19 points, while Winter ’17 all-star John Rullan added 17.

Steven Buczek of White Magic led his team with 21 points much like he has all season. While he has turned in a respectable season, his team has struggled to pick up any slack. Tonight Buczek’s performance was really only aided by Justin Silva who had 14 points of his own.

White Magic fought hard, it was to no avail as their season came to a crushing end. We expect to see more from No Limit in these playoffs as they advance to the quarterfinals next week.