Semifinal Preview: No. 1 Brotherhood vs No. 5 Goon Squad 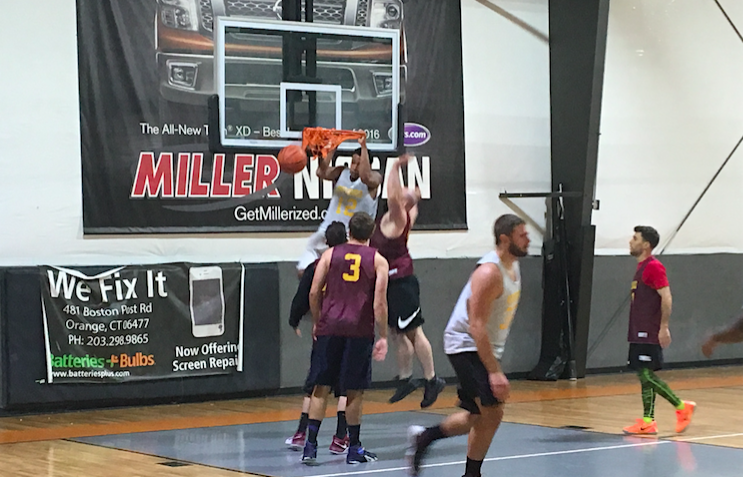 This semifinal seems like a classic David vs Goliath story: the undefeated, defending champion Brotherhood taking on a gritty, defensive Goon Squad, who newcomers to the Legacy Leagues this season. Goon Squad is led by their All-Star Captain representative, Matt Marconi, who now owns the highest scoring average in the league (27.3 PPG). He will be going against Fall Offensive Player of the Year, Russ Payton, who is now second in scoring (27.1 PPG).

In their first matchup, Brotherhood narrowly defeated Goon Squad by only five points, which was their smallest margin of victory in nearly two Legacy Leagues seasons. The seesaw battle was marked by a barrage of fouls, with the teams combining for 36 infractions on the night.

Goon Squad actually outscored The Brotherhood by 12 points in the second half, perhaps foreshadowing their blueprint for Tuesday’s semifinal matchup. The one big difference from their week 8 matchup will be the presence of Goon Squad’s Matt DelMonte, who missed the two teams’ first meeting. Is having DelMonte on the floor enough to make pulling the upset a reality?

The Brotherhood, or ‘Goliath,’ is a team that averaged over 80 points per game in the regular season while tallying only 60, 67, and 58 points in their last three games. Leading scorer Russ Payton missed one of these games, and only played a half of another, so with him back full-time we expect their offense to pick back up.

Defensive Player of the Year Kay Hill has noticeably been absent from the game plan. Earlier in the year, he collected ten steals in back-to-back games. He unlocks their deadly transition game with his countless tipped balls, and he is essential to a dominant Brotherhood performance.

‘David’ is ran by Matt Marconi. With his first real playoff win in the books, Marconi now leads the Legacy Leagues in total points scored this season. Early in the season, we saw him as a tenacious defender whose best asset was hustle. Marconi demonstrated he had the skill to match, eventually rattling off a four-game stretch in which he scored 47, 31, 33, and 30 points, converting over 50 percent of his shots in each game. Small, but tremendously athletic guard Brandon Massaro has been a reliable source of scoring as well, averaging just over 13 points per game.

The playoffs are always a different beast from the regular season. It would be disingenuous to suggest there is not any bad blood between these two powerhouses: evident by the plethora of fouls in their first matchup, and frequent incendiary comments provided in our postgame interviews, culminating last week with Marconi simply stating: “Bring on The Brotherhood.”