Semifinal Preview: No. 1 Shocker City vs No. 4 Team Moose 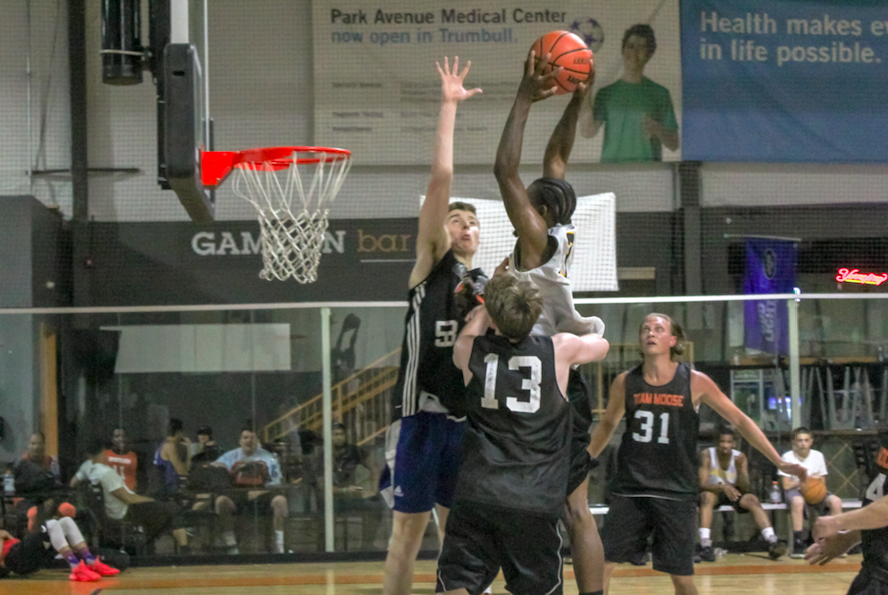 No. 1 Shocker City and no. 4 Team Moose will battle with a trip to the Finals on the line on Thursday night. This matchup features two of the best teams the league has to offer. Both teams are playing up to their full potential, which could make for one of the best games of the year.

The key to this heavyweight battle will which unit performs the best: Shocker City’s offense or Team Moose’s defense. This is a true matchup of great offense against great defense.

Shocker City is loaded with great weapons on offense. Mike Davis is leading the league scoring 27.0 points per game, and his buddies Carmine Santorelli and Davon Pratt are each averaging 17.0 points a game. They also have three former All-Stars on the team in Tarell Vargas, Destin Simmons and Corey Jacobs.

Shocker City has scored over 100 points in five of the ten games they played this season.

On the other hand, Team Moose has had a very strong season, especially on the defensive end of the ball. Jackson Meshanic had been a presence in the paint, Melquan Horton is a former Defensive Player of the Year, and Brad Seaman does it all for Team Moose.

Tyler Disabella has also been a key defensive stopper for Team Moose. These players matching up with the likes of Davis and Santorelli makes for what should be very good basketball.

Team Moose was able to hold Shocker City to only 74 points in their Week 6 matchup, however they couldn’t get the win. Both teams roll into the Semifinals red-hot as we will see whether offense or defense will prevail.

“We just have to keep hitting shots, and make sure the star players get the ball,” Shocker City’s Chris Rudzinski said.