Semifinal Preview:  No. 1 The Alliance vs No. 4 Werewolves 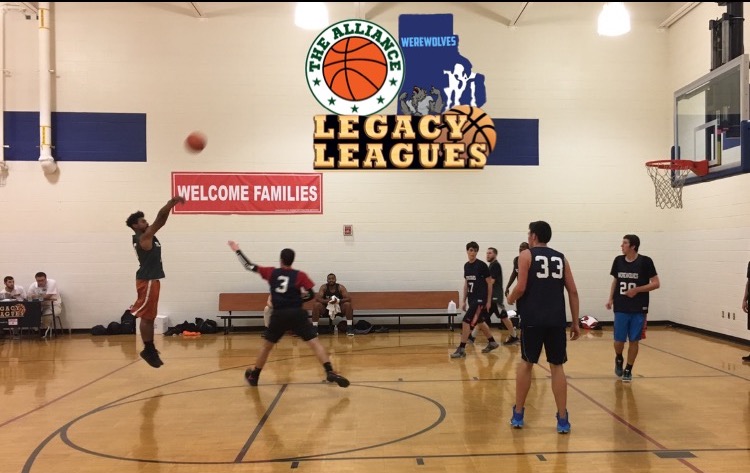 After nearly three weeks in-between games, the top-seeded Alliance will look to extend their perfect season against the fourth-seeded Werewolves in a semifinal showdown.

The Alliance enters the postseason looking almost unbeatable. They have scored at least 100 points in seven of their eight games this season. The rest of the teams across the league have only done it twice combined.

This was the case in their first matchup in Week 2 where The Alliance cruised to an easy 108-55 win against the Werewolves. The Alliance is very familiar with playing with a lead, as they have won all their games by double-digits. If they can get off to a hot start early, look for them to coast.

However, the no. 4-seed Werewolves are coming off a huge overtime win versus the Skyhookers in the Quarterfinals, 71-68.  It was a terrific effort from the Werewolves’ two All-Stars, Gino Forte and Brian Heston, who combined for 50 points in the win. Forte hit many clutch buckets, but none bigger then the turnaround elbow jumper he hit with seven seconds to go in overtime to seal the win.

The Werewolves will look to carry this momentum over into their semifinal matchup against the powerhouse that is The Alliance. The Werewolves are not a small team, but when matching up with The Alliance size could definitely be an issue. Between Darius Debnam and Vic Kashouh Jr, their size and athletic ability could present a huge problem.

The Werewolves need to value every possession if they want a chance to pull off the upset. The Alliance tends to pick up full court for the majority of the game. By forcing so many turnovers, it allows them to get a lot of easy dunks and threes in transition.

The Alliance has so many different weapons and ways that they can beat you, but their biggest weapon is undoubtedly their unselfishness. Brandon Stephens of The Alliance knows how dangerous his team can be when they’re all on the same page.

“We all think the same,” Stephens said. “We share the ball. We work on our game outside of here. We know each other pretty well and we feed the hot hand. That’s the way we’re going to play until someone beats us.”

Although the Werewolves know how big last week’s win was, they were very quick to turn the page after the victory.  I asked Forte what was going through his mind after his game winner.

“Next round: The Alliance,” Forte said. “That’s the only thing that’s going through my mind right now.”

It’s definitely going to take a lot of execution on both ends of the floor for the Werewolves to pull of the upset. The Alliance has four players that average at least 20 points per game, and one player in Brandon Stephens that is just short of that mark (19.5 ppg).

The Werewolves can’t get into a shootout with them. If the Werewolves can limit the number of possessions in this game and limit their number of turnovers, they’ll be able to have a shot coming down the stretch. But if the Alliance gets off to a hot start, we can all assume how this one will play out.

It should be interesting to see Brian Heston and Victor Kashouh, Jr. matchup against one another. Both are long, versatile players who play a huge part in their team’s success.