Semifinal Preview: No. 2 Blood, Sweat and Beers vs No. 3 Sportslook 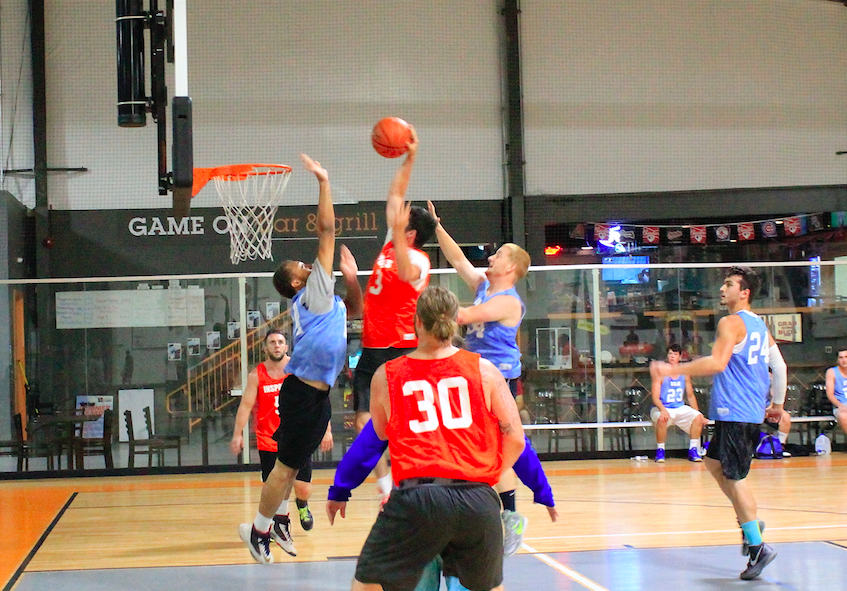 This semifinal matchup has the potential to steal the show on Thursday night as Blood, Sweat and Beers and Sportslook have been hailed as top-three in the league throughout the season, behind only The Brotherhood.

It is important to not compare their last matchup to the upcoming one, mainly because Sportslook only had four players available to take the court, which excluded one of their top scorers (Andrew Cavanagh). Also, do not allow Cavanagh’s low scoring average during the regular season make you question his impact on this team. Cavanagh dropped 81 points in the first three weeks of the season, and added 18 points when he returned to the court in week nine.

Tuesday’s performance was Cavanagh’s best performance of the season by far. He posted a triple-double: 30 points, 15 rebounds and 12 assists.

Cavanagh spoke about how good it felt to be back on the court, after missing six weeks. “To honest, being back last week, being able to play, just makes you appreciate the game,” Cavanagh said.

“My thoughts go out to (The Pandas) Joe Spain, who was in a bad motorcycle accident, and he lost a lot more time than I did,” Cavanagh went on to say. “So it keeps it in perspective, and it makes you appreciate just being able to come out here, run around and laugh.”

Cavanagh’s partner in crime, and the guy who helped carry the load all season during the stretch of games Cavanagh missed, is Bryan Acevedo. Acevedo came into his team’s quarterfinal averaging around 30 points in six games of action, and had a phenomenal performance Tuesday night, putting up a playoff-high 36 points, seven assists and two steals.

The two-headed monster of Cavanagh and Acevedo could be a big issue for Blood, Sweat and Beers. BS&B in theory matches up pretty well, and they have the 5th Man of the Year in John Lutters, who helped lift his team past Run TMC in the quarterfinals by making a game-tying three-pointer to send the game into overtime.

Even though Lutters dropped 15 points against Run TMC, BS&B has proved to be about more than just one player, which has been their recipe to success. Eli Todd, Cody Dileonardo, John Brolet, and Pat Gilson all impacted the game and scored at least eight points in their overtime win.

“I mean we [are] all equal, we all play, we all pass the ball well, and get open shots,” Lutters said.

Lutters also talked about how they could try to stop Sportslook’s two-headed monster.

“Yeah that [combination of Acevedo and Cavanagh is] a little scary, but only one person at a time could have the ball,” Lutters said. “So we have some good defenders, and I think we could shut them down.”

Cavanagh, on the other hand, sounded impressed with BS&B, and looked forward to their upcoming matchup.

“That’s a good basketball team,” Cavanagh said. “No matter what the night is, no matter who you’re playing, you have to show up and you have to do what you have to do, and that’s our plan. We finally think we’re going to be clicking on all cylinders, with Bryan back and a full squad.”