Semifinal Preview: No. 2 Blue Devils vs No. 3 The Chasers 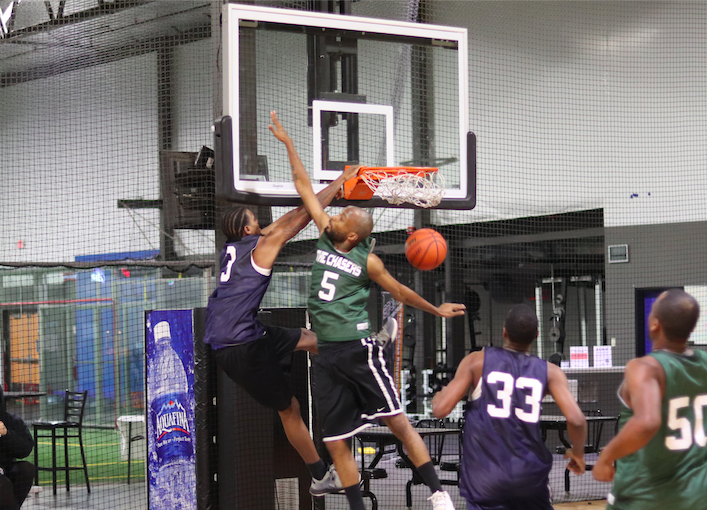 Both of these teams have lost just one game all season, and it has been a while since either has felt what a loss feels like. Ironically, The Chasers’ lone loss was to the Blue Devils in Week 3, while the Blue Devils’ only loss was to No Limit in Week 1.

After a bye in the First Round, the Blue Devils defeated the Flint Tropics, 59-51, in last week’s Quarterfinals matchup. The Blue Devils trailed for most of this game, but they picked it up in the fourth quarter to take down the no. 7-seed. Mike Davis led the way for the Blue Devils, scoring 26 points, while knocking down 12 of 17 from the free throw line. Davon Pratt was also a key contributor in the victory, as he scored 16 points to go along with eight rebounds, four steals, and three blocks.

After blowing out Semi Pro in the First Round, The Chasers had a much tougher task in the Quarterfinals. Despite some early struggles they defeated the Rim Breakers, 74-66. This game was close throughout, and The Chasers actually trailed after three quarters, but pulled away late to get the win.

In the first matchup between these two teams, the Blue Devils got an 11-point win. That said, not too much stock can be put into that outcome due to the fact that The Chasers were missing both of the Washington brothers, who happen to be their top two scorers. On the other side of the court the Blue Devils were also missing some key contributors. It should be a real treat to see these teams at full strength.

If the Blue Devils want to win this game and advance to the Finals they will need someone other than Mike Davis to step up. The two most likely candidates to take on that responsibility would be Davon Pratt and Destin Simmons. Expect this to be a fast-paced, high-scoring, competitive game.