Semifinal Preview: No. 2 Boom-Shakalaka vs No. 3 Halfway Crooks 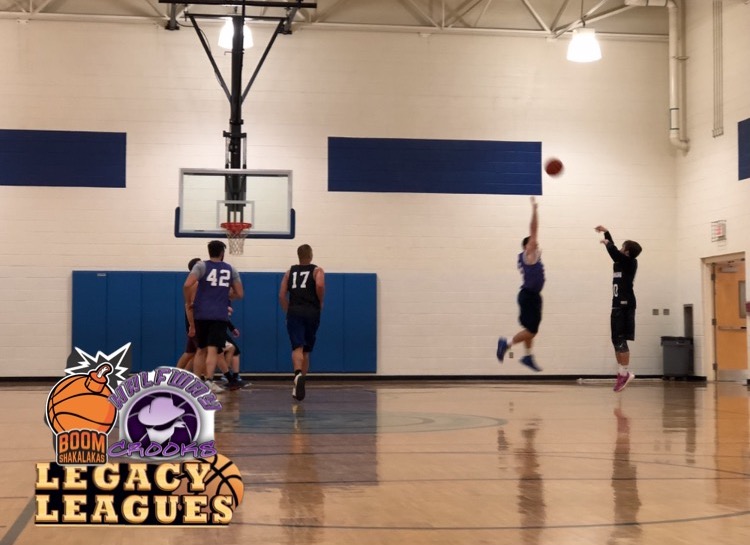 The third matchup of the season between these two teams is the most important one. With a trip to the Finals on the line, the past two matchups will be of use for both teams.

Second-seeded Boom-Shakalaka will want to do more of what they did en route to sweeping the third-seeded Halfway Crooks in the regular season. On the other hand, the Halfway Crooks will want to look at those two matchups and see what needs some tweaking to pull out a win.

Rebounding is one of the keys that the Halfway Crooks’ Jared Hanson mentioned when facing off against Boom-Shakalaka when asked after their overtime win versus Big Baller Brand in the Quarterfinals.

“We’re going to have to rebound the ball a hell of a lot better,” Hanson said.

The second matchup of the season between these two teams was the same outcome as the first, a double-digit Boom-Shakala win, but was a smaller margin of victory. Boom-Shakalaka came on top, 79-55, in Week 7. This time around, the roles were reversed in terms of the amount of players each had. The Halfway Crooks had a full roster, while Boom-Shakalaka had only five players. Once again, Boom-Shakalaka’s size was too much for the Halfway Crooks with the Trevor and Jeremy DiMicco combining for 24 of the team’s 45 rebounds.

Lucas Martin was asked about the defensive display shown in that first quarter after the game.

“We just keep up the pressure, and try to fast break as much as we could,” Martin said.

It’s fair to say that both of these teams have been pretty consistent. You know what these two teams bring and the key players for each team. For Boom-Shakalaka, Lucas Martin and Trevor DiMicco have really stepped up their play in the past few weeks, while Matt Camara has been a consistent scoring threat all season. Marc Belleville and Lucas Martin are one of the top backcourts in the league, and have proved to feed off of each other’s strengths.

The Halfway Crooks have been able to grind out victories this season, although at times it hasn’t been pretty. They are known for starting off games slow, but coming back in the second half looking like a totally different team. For most games, this works out because their first half deficit isn’t too much to come back from.

Against a team like Boom-Shakalaka, as shown in the first two matchups, it’s not going to work. The Halfway Crooks will need to come out of the gates strong, and if they don’t they’ll need to slow down Boom-Shakalaka as much as they can.

Dylan Lincoln and Tom Ferranti will both need to have big games like they did last week for the Halfway Crooks to punch their ticket to the Finals. Lincoln had 22 points, while Ferranti had 21 before he left the game halfway through the fourth quarter with an injury and didn’t return. Two of the bigger guys on the team will need to score the ball and try to limit Boom-Shakalaka on the glass

Although the Halfway Crooks may not have played their best, in the playoffs a win is a win.