Semifinal Preview: No. 2 Lob City vs No. 6 Halfway Crooks 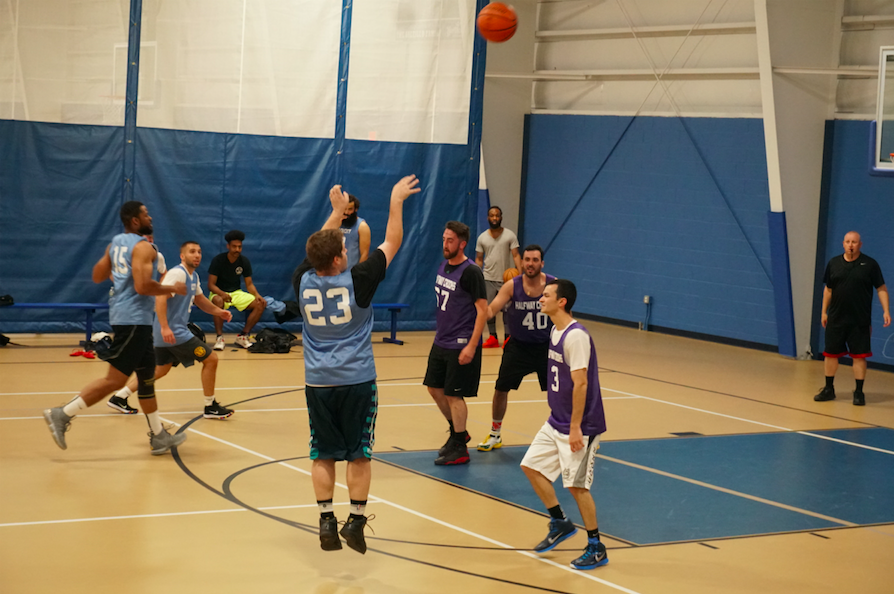 The lone blemish for Lob City came at the hands of the top seeded Boom-Shakalaka, while every other team failed to slow them down all season long. While the Halfway Crooks don’t necessarily have the speed and shooters to keep up with the pace Lob City plays at, they play a slower game which could disrupt the rhythm of their opponent’s offense. The Halfway Crooks are going to have to use their size to not allow anything inside, and let Lob City beat them with the three ball.

Lob City came into The Legacy Leagues in it’s maiden season as The Alliance, and made a statement going undefeated and solidifying a championship. Their sophomore season was much of the same, except a few roster changes and this time they changed their name to Green Squad. While some things about this team may have changed, one thing definitely has not: Dominance.

While having a rich team history is exciting and nostalgic, it offers virtually nothing once the ball goes up in the air for tip-off. Everything from the past goes out of the window and it comes down to who can play the better 40 minutes of basketball. Neither team can afford to play lackadaisical or they could see the game slip away.

The Halfway Crooks have started slow seemingly all season long, failing to eclipse 20 points in the opening quarter in all but three games. The opening two weeks of the season were part of those three, 20-point first quarters and they will have to figure out what worked early on in the season, and get back to doing that. Lob City is the last team you want to start slow against, and if that ends up being the case, this game may be over before halftime.

Mike Wilbur and John Slein have been two solid additions to this team from last year. Slein has the size to matchup against Debnam underneath and also has a nice shot from deep if left unguarded.

On the other hand, Wilbur has been a key contributor off the bench all season, and his second half performance last week is one of the reasons they are playing Lob City in the first place. He has a unique ability to finish around the rim as well as knock down shots.

A big strength of Lob City is getting buckets in transition, and last week they struggled to do so in the first half. The second half they found their groove and began to break away from the Wild Hogs. Greg Holt touched on that after the game.

“When they finally started missing shots, we got out in transition really well, that’s a big strength of ours. We have a lot of guys that run the floor really well, and we find each other which makes it easy.” Holt continued, “We’ve played enough basketball to realize a good shot, so we just kept playing our game, and as you saw we put it together.”

The Halfway Crooks will more than have their hands full come tip-off but they will be ready. They know what it takes to win games in this league and are ready, willing, and able to do whatever necessary. Halfway Crooks will need solid contributions from everyone that checks in, as well as a hot start, but most importantly they need to play lockdown defense.

For Lob City to advance into the Finals for the third-straight year, they just have to stick to what they do best: knock down their open shots, play team basketball and push the pace. If they manage to do all that, they should be locked in for another Finals matchup.