Semifinal Preview: No. 2 Rim Breakers vs No. 3 Run TMC 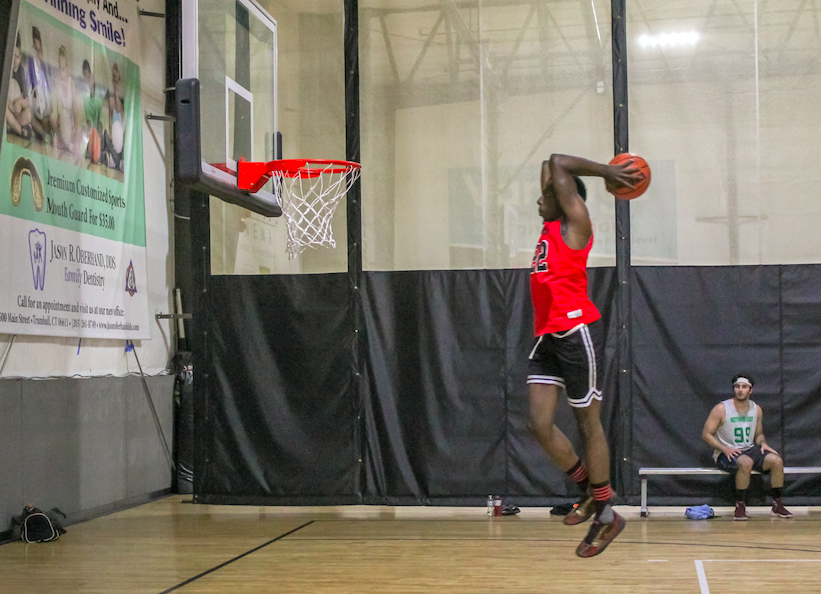 This highly-anticipated matchup in the Semifinals features two teams that have been near the top of the power rankings all season long. The fact these two didn’t matchup in the regular season makes this a must-see game Thursday night.

Expect this to be a highly-energetic and physical game with a loud playoff atmosphere to see who advances to the Finals. Both teams are coming off big wins in the Quarterfinals, especially Run TMC, who got their revenge against The Throne Monday night.

“Just get Reggie the ball every play, nobody can stop him, just get him the ball,” Singleton said of Run TMC after their win against The Throne.

Reggie Stewart is going up against a very athletic and talented Rim Breakers team who have showed their athleticism on both sides of the floor all season. Stewart has had his way in most games, and the Rim Breakers will look to counter attack with fellow All-Stars Keivon Turnbull and Gerald Mclease.

Mclease and Turnbull have been machines down low and on the defensive end of the floor for this Rim Breakers team, who was an overtime loss to Shocker City away from being undefeated this Summer.

Stewart will also be joined by his teammates Will Hudson and Eric Singleton in the All-Star game, and will look to continue to help lead this Run TMC team to the franchise’s first Finals appearance. Both Hudson and Singleton have been great along side Stewart as second and third scoring options.

The Rim Breakers have proven they can run nine guys deep while getting contributions from everybody on their roster. Richard Bronson will look to use his size and length on the perimeter to slow down Reggie Stewart. Chris Leak will also look to help on offense and add a much-needed scoring option. Look for the Rim Breakers to come out aggressive defensively and get their main guys going early.

“We just have to keep a solid head and stick to what we are,” the Rim Breakers’ Carl Fairfax said. “We have to feed our big men. We have big men and 6 foot guards on this team.”

Run TMC will hope to keep Mclease and Turnbull out of the paint and make their other options beat them. Run TMC big man Kayjuan Bynum has been a force down low and a big body for this team all season long, including an awesome performance against The Throne’s post presence in their Quarterfinal victory.