Semifinal Preview: the winners of seven-straight vs the defending champs 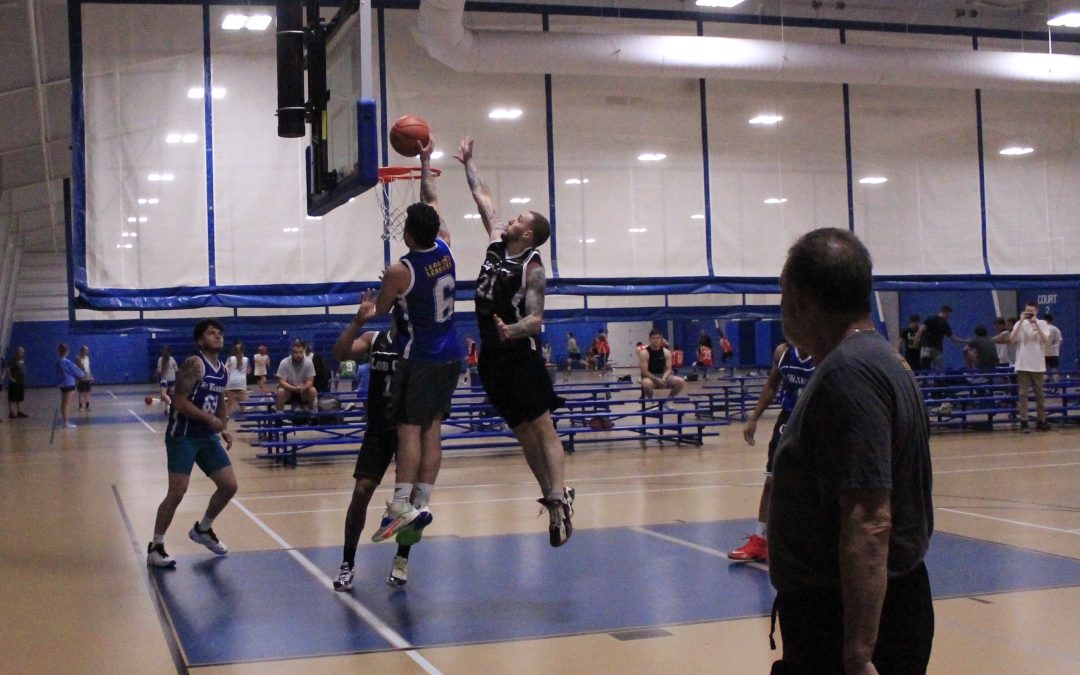 The RI Warriors and Lob City meet again in the Summer 22 Semifinal. In a matchup of the 2-seed Lob City and 3-seed RI Warriors, it was hard to see this one coming after Week 1 when Lob City crushed the Warriors by 52 points, one of the highest margins of victory this season. What has changed for RI Warriors that has led them to seven-straight wins?

The RI Warriors can score, dominating that department with a league best 92.1 points per game. Charles Correa has upped his game for the RI Warriors, providing a secondary option to MVP-candidate Gian Avedisian. Charles was a key in the RI Warriors Quarterfinal playoff victory over Sin City.

He only scored two points in their last matchup vs Lob City, and his impact is trending upward throughout the year. Charles offers an athletic versatile guard option with the ability to attack and knock down shots. Hadaitullah Amini will play a key role as a sharpshooter in this matchup as well. Avedisian will most likely be covered by Lob City’s better defenders Cody Crawford and Victor Kashouh Jr. This will leave opportunities for these players on the RI Warriors to get some good looks.

Avedisian has been carrying a major scoring load throughout the season for the RI Warriors, and he will have to keep it up in a matchup where both teams like to score. Lob City has imposing size in the paint and an advantage on the glass. Antonio Graziano will be key as he tries to control the paint, and he has done his part protecting the rim in recent weeks. In a tune up matchup against Devon Pina and Sin City in the Quarterfinals, it should prepare him more to face off against Lob City star bigs in Colin Burns and Jose Mercado.

Lob City must continue to share the ball and play with each other like they have been doing all season. For Lob City, they are getting their guys back at the right time adding to the deepest roster in the Legacy Leagues.

Jose Mercado was available to start in the Quarterfinals with Colin Burns, which leaves Carl Lee coming off the bench, who has looked great in recent weeks. Carl Lee, since joining Lob City, has made a huge impact defensively at the rim as well as controlling the glass. Lob City will want to get out and run and make this game a track meet, leaving the RI Warriors lesser depth tired and unable to keep up. If Lob City can force turnovers to get easy buckets they will be hard for anyone in this league to beat.

Greg Holt, who had a big performance against Bogy Kicks in the Quarterfinals, looks to continue to play at an All-Star level as he always seems to do come playoff time. Lob City’s guard defense will be the key, as they should not have much problem rebounding and limiting second chance scoring opportunities.

Avedisian did drop 41 points when these teams played in Week 1, albeit in a lopsided result. He can not drop off that much if they are looking to defend their title. Avedisian’s stellar performances have been a big part in the RI Warriors winning streak.

I think this game will come down to three-point shooting and turnovers. The RI Warriors may be forced to shoot more than they like, but they need to hit a good percentage of their shots to win this game. The RI Warriors will also need to Lob City for Lob City into turnovers, as they led the league in steals and will need to outpace Lob City. The same goes for Lob City, although their paint presence should still be noticeable on the stat sheet in this one. Lob City also needs to limit their fouling, a stat category they led the Legacy Leagues in.

The RI Warriors are riding all the momentum, but Lob City has that championship DNA and experience. In a matchup of the rookies and the vets, each team’s composure down the stretch will likely decide who will advance to the Summer 22 Finals.