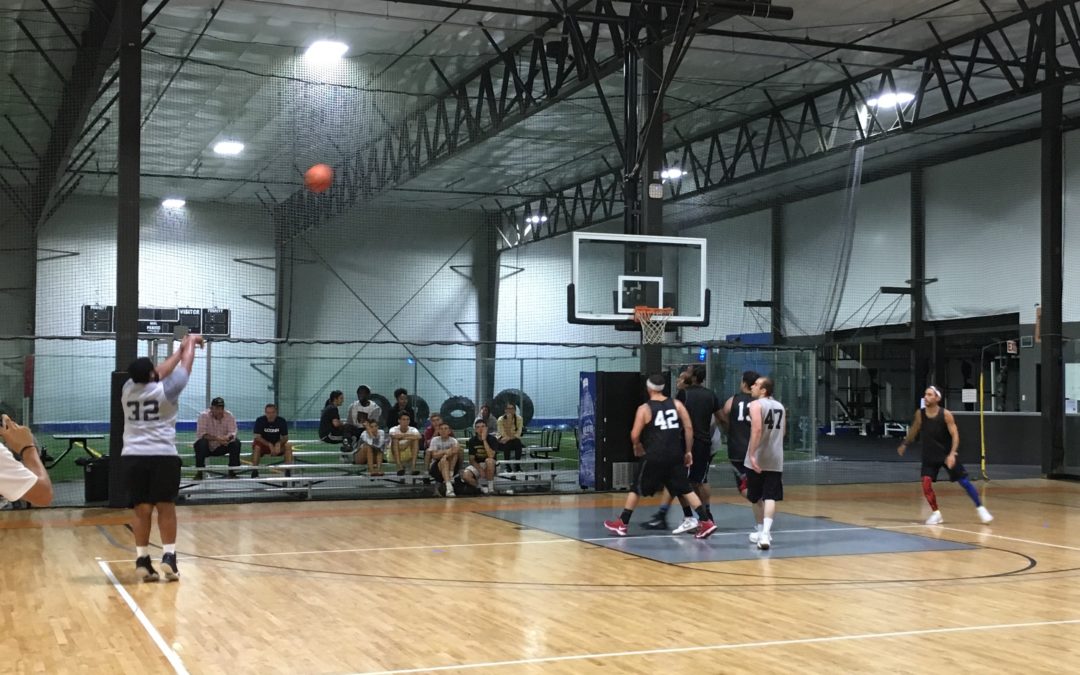 They say the real stars shine brightest when the stakes are the highest. If that’s the case, Carmine Santorelli cemented his claim for a bonafide star.

The All-Star finished with 32 points and 10 assists to lift Sensual Chocolate to a 94-86 victory over Goon Squad and a trip to the Quarterfinals.

Santorelli highlighted what was an incredibly balanced offensive effort on both sides, as each team had five players finish in double figures. But it was Santorelli who shined above the rest, and hit a series of clutch free throws down the stretch to seal the win.

Troy Brunson was a big reason for Sensual Chocolate’s comeback, pulling down multiple rebounds that led to second chance points during the rally. He finished with a double-double of his own, while playing solid defense on All-Star Matt Marconi, who finished with just three points in the first half.

However, Marconi can only be contained for so long, and he would finish the night with 26 points to keep Goon Squad in the game. The score was tied heading into the fourth quarter, but Sensual Chocolate hit key shots when it counted, and Goon Squad had no answer for Santorelli in transition.

No. 7 Sensual Chocolate will face No. 2 No Limit Tuesday night with a trip to the Summer 17 Semifinals on the line.