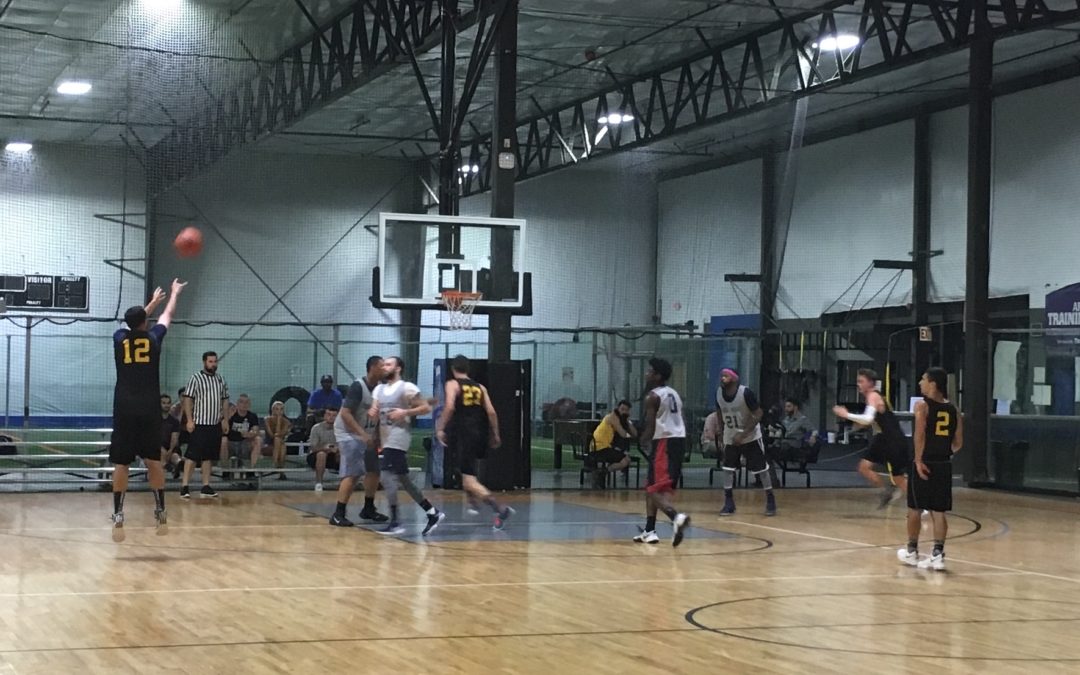 Sensual Chocolate entered this week’s matchup against the Flint Tropics as the favorite amongst a majority of the Legacy Leagues analysts due to their gritty performance against The Brotherhood in week 1. However, after falling behind by double digits late in the second half, you can say the upset-alert alarms were sounding off on Monday night.

“This was definitely a statement win for us,” said the players from Flint Tropics in a group post game interview, “Every game is a statement game.”

The Flint Tropics are clearly embracing their role as a new team to the league, and are treating each week as an opportunity to open up people’s eyes.

The Flint Tropics were powered by strong performances from Mike Bozzuto and Mike Duran. Bozzuto scored 14 points and snagged four rebounds while Duran supplemented 17 points of his own to lead all scorers in this one. You can tell this whole group of players have great chemistry on and off the court, which is reflected in their unselfish ball movement and high intensity off the bench.

On the defensive end, the Flint Tropics played rugged down low and hardly allowed any easy buckets in half court sets. The Tropics combined for seven blocks in comparison to Sensual Chocolate’s two.

In the end, it’s the length and athleticism of the Flint Tropics that makes them a hard team to score on inside. This can force teams to beat them with the 3-ball, which has yet to occur through two weeks of action.

“Definitely have to improve our 3-point shot, we’re not taking many, but if we can play defense like we did today, we’ll be fine,” the Flint Tropics said.

Through 2 weeks, the Tropics remain one of the only 5 teams still unbeaten in the standings, and will look to continue the momentum with them into week 3.