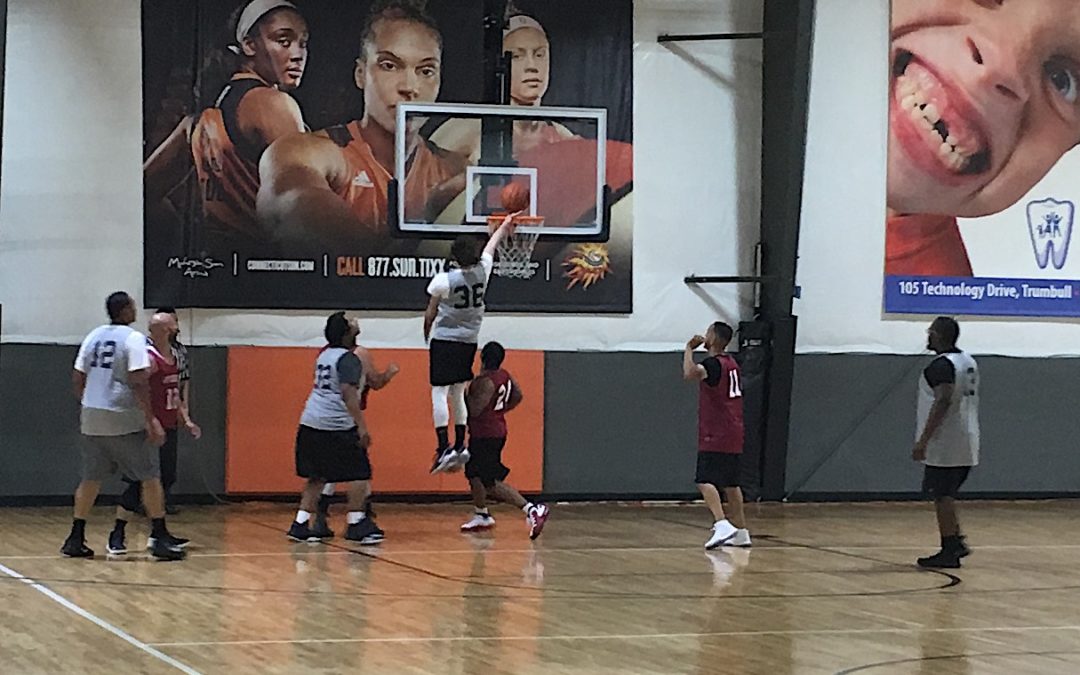 With the fourth of July right around the corner, Sensual Chocolate was just one of the many teams dealing with limited depth in their week five matchup. Fortunately for Sensual Chocolate, Carmine Santorelli showed up, which proved to be more than enough for the Untouchabulls to handle. In what was a blowout affair most of the way, Sensual Chocolate would emerge victorious in this one, 89-79.

The final score actually indicates that the game was closer than it really was. Sensual Chocolate came out of the gates strong, scoring 51 of their 89 total points all in the first half. After jumping out to a huge lead, Sensual Chocolate essentially coasted to the finish line. Surprisingly, they allowed the Untouchabulls to almost get themselves within striking distance late in the fourth quarter.

Santorelli was lights out on Monday night, finishing the night with a game high 44 points to go along with 19-of-25 shooting from the field. Santorelli is arguably the best offensive player in the league, constantly showing his versatility as a scorer. His ability to break a defense down with his ball handling, paired with his ability to score inside and out makes him a brutal defensive assignment for any player in the league.

“We’re still not where we want to be yet,” said Sensual Chocolate’s Troy Brunson. “We have a lot of good guys, and when we show up, we come to play.”

Brunson makes a very solid point. Sensual Chocolate has had trouble getting their entire team to show up for several of the games they’ve played thus far. When they do show up, Sensual Chocolate touts one of the strongest starting lineups in the league. Despite that, tonight’s win shows that they still have the talent necessary to close out games, even with a limited roster.

This loss now drops the Untouchabulls to 1-4 after five weeks of action. To their credit, the Untouchabulls also played with a roster completely depleted due to the holiday chaos, so it’s tough to take anything away from this loss. However, now that the regular season is past the half-way mark, the Untouchabulls are seriously running out of time if they planned on making a late-season playoff push.

On the other hand, Sensual Chocolate has now earned their third consecutive win and has completely placed their team back on track for making the playoffs. Despite experiencing a slow start to the season, you get the sense that this team is starting to rally their momentum with the playoffs coming up in just a few weeks.

In the words of Troy Brunson, “There is even more to come.”