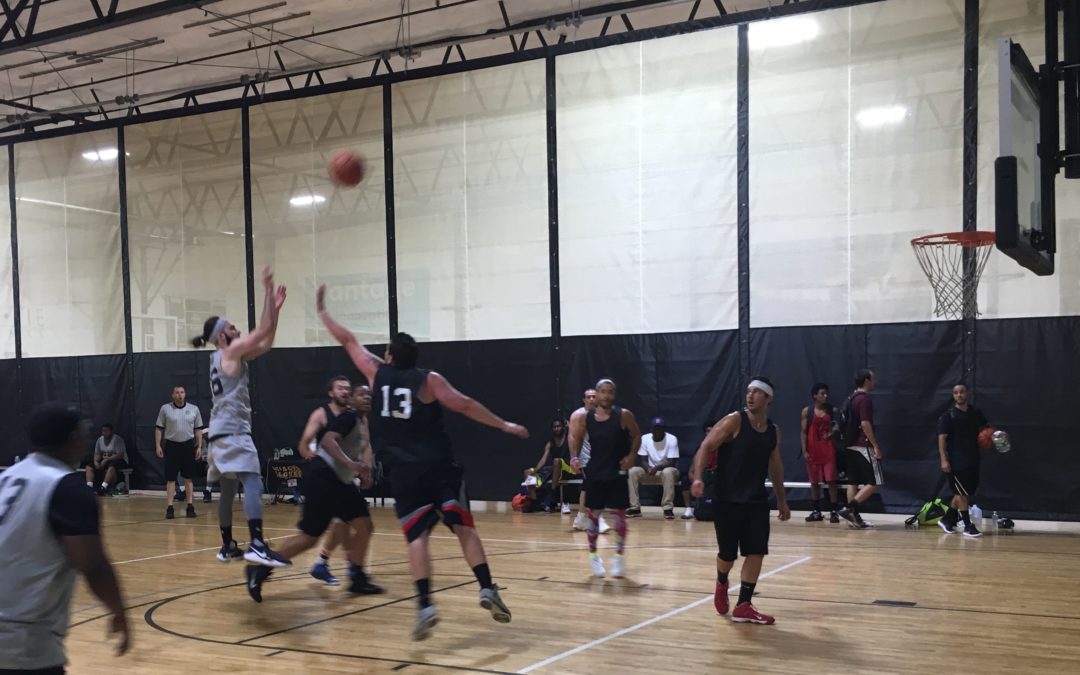 After an 0-2 start, Sensual Chocolate has rattled off four straight wins, including an 88-80 victory over Goon Squad on Monday night.

You can talk to Sensual Chocolate after most games and they’ll tell you to “burn something.” Nowadays you can certainly smell something burning around the team as they are arguably on the hottest streak in the league after a disappointing start. As usual, Carmine Santorelli led the charge.

The league’s leading scorer finished with a now unsurprising mark of 41 points on 16-of-24 shooting. He also finished 50 percent from downtown, while recording six steals on the defensive end. Troy Brunson finished with 27 points of his own while pulling down 10 rebounds.

“Everything went right,” Brunson said of the winning effort. “We came out ready to play.”

It’s hard to argue with Brunson, as everything seems to be going right for Sensual Chocolate. They jumped out to a nine-point lead after the first quarter and never seemed to be in danger of relinquishing control, despite another great performance from Matt Marconi, who finished with a team-high 26 points on 10-of-16 shooting. He also made three of his five three-point attempts, but his supporting cast hit just four of their 19 triples.

Goon Squad had the luxury of a bench for the first time in three weeks, but were also facing their toughest opponent in that span in Sensual Chocolate, who seems to be in full stride heading down the stretch of the season.

Does anyone smell something burning?