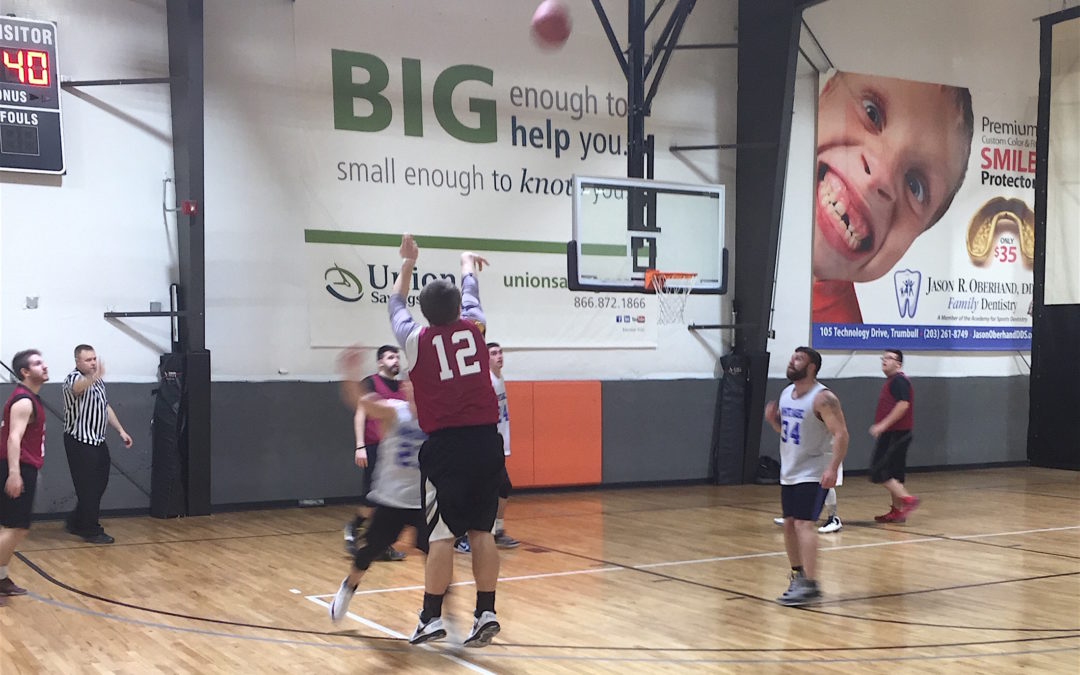 Two winless teams met on Monday night, fighting to make a name for themselves. Although White Magic came out strong in the first half, the Avengers ultimately came out with the 66-44 win.

Rob Ceballos made had a strong performance in his debut for the Avengers as he would finish the game with 15 points, shooting 5-of-9 from the floor. The star of the night, however, was Zach Shapiro, who finished with a game-high 28 points, 15 of which from beyond the arc.

“In the beginning they came out physical and were playing us tough, but we had to kick the ball out and hit our open threes,” The Avengers’ Shapiro said. “That’s how we play, so we had to play to the way they wanted in order to get open threes. The first quarter we weren’t playing physical and we got down early. I think we still need to work on our inside presence and getting rebounds.”

The Avengers shot a mediocre 45% from the floor, which is impressive compared to White Magic’s 27% and a pathetic 2-25 from beyond the arc. Although he shot 1-12 from the three-point line, Steven Buczek was truly the only impact performer of the night for White Magic. As for the Avengers, they shot 12-25 from three last week and are arguably the best pure-shooting team thus far.

Looking to next week, White Magic will face Red-Emption, a team that is on fire in all aspects of the game. For the Avengers, they will take on the Cereal Killers next Monday at 10 pm.