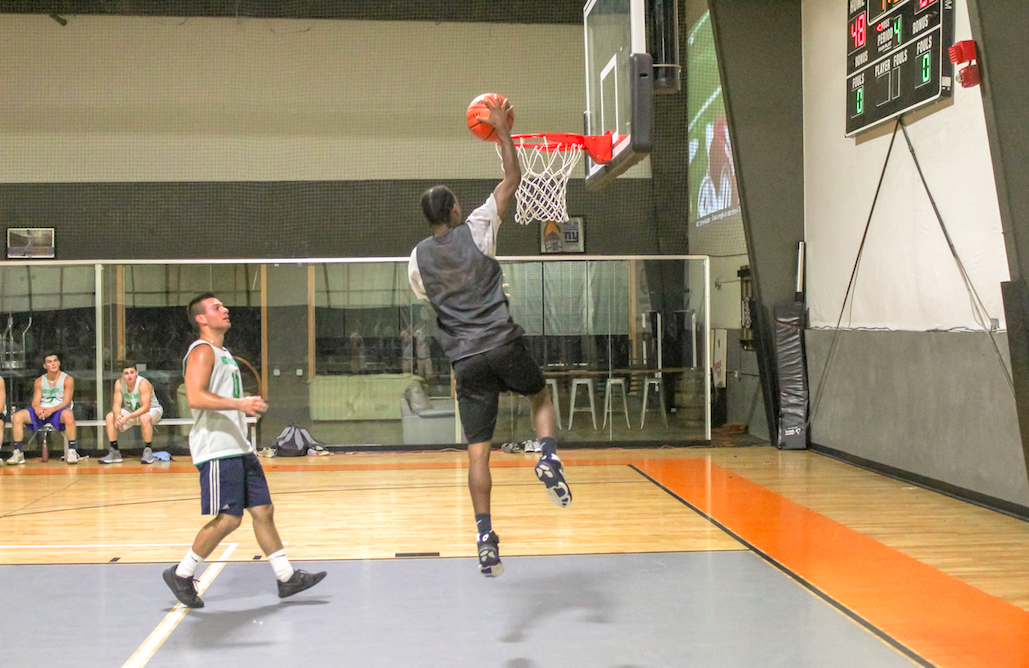 Shocker City moved to 9-0 on the season with a 69-64 victory over Nothing Easy on Monday night. Shocker City looked disinterested from the start yet still pulled out the victory to complete the undefeated regular season.

“It just shows how good we are, even when we play our worst game we still win by five,” Santorelli said.

Shocker City led by seven after the first quarter but got outscored by eight in the second quarter resulting in trailing at the half. Shocker used a strong defensive effort in the third quarter led by Nick Santorelli and Mike Davis to hold Nothing Easy to only eight third-quarter points. Shocker City has shown all season their next gear they can go to when they decide to and it is virtually unbeatable.

Mike Davis led Shocker City with 22 points on 50 percent shooting from three and made several timely threes including in the final minute of the game. Davis has been the most important player for this team all season long and could be receiving some MVP votes in which it will be his third MVP won in his career. Mike Slattery led the way for Nothing Easy with 14 points.

Shocker City will have the one seed and a first-round bye in the playoffs that begin next week. They will continue to be the team to beat. Nothing Easy will play J’s Trey’s and Fadeaway’s and look to survive and advance.

“We don’t have a message, just look at our record,” Santorelli said.