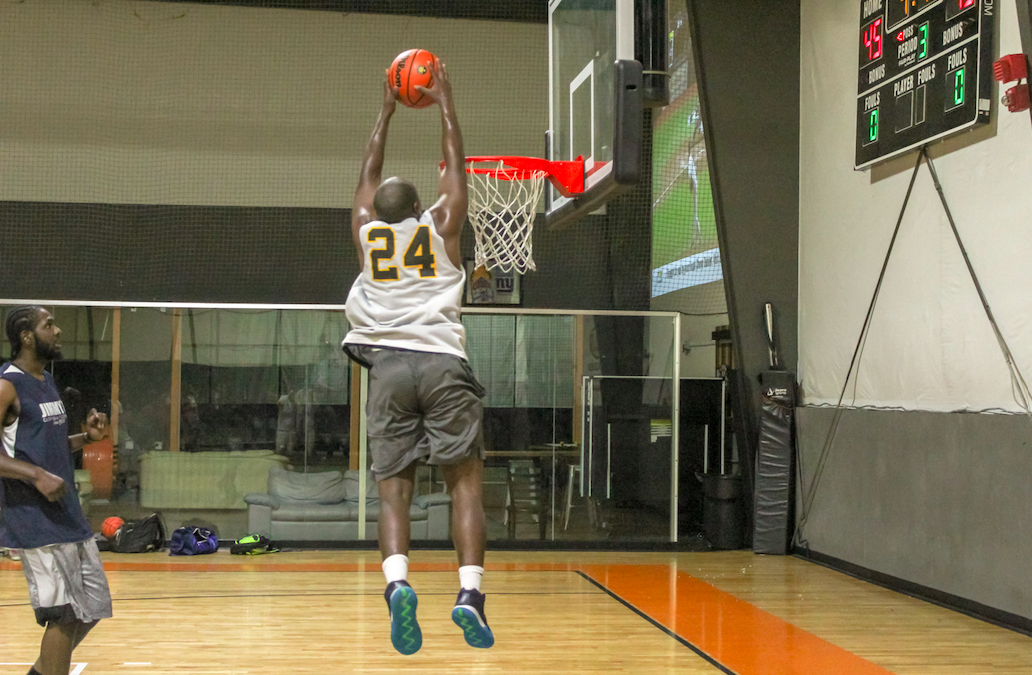 It was all Shocker City from the tip on Monday night, as they pounded the Blue Devils, 110-77. In what was referred to as a “revenge game” really got overshadowed by how good Shocker City came out and dominated.

Their fast pace scoring attack was led by Mike Davis and Carmine Santarelli, as they led with 29 and 24 points respectively.

Davon Pratt’s high energy and versatility off the bench really made an impact in this one, contributing 12 points and 11 rebounds off the bench. Mike Davis, the former MVP, came out hot as usual and didn’t look back, adding 29 points and scoring at pivotal points in this game. On nights when Shocker City has over 6 players in double digits, it is almost impossible to beat this team.

As for the Blue Devils, they reverted back to their old ways, bickering on the bench but still playing better than expected. Scotty Landon and Zaccari Graham continued to remain as bright spots for this Blue Devils team, who was noticeably without Matt Marconi.

This Blue Devils team has all the talent but in big games like this, they seem unable to put it all together. Steve Echols had another all-around great game adding 12 points, six rebounds, and four assists but chemistry remains the one thing standing in the way from a Blue Devils victory.

Shocker City’s Chris Rudzinski had his best game of the year and was nothing but ecstatic after the win.

“You guys don’t think we’re the best team, you guys had Moose all season, but were coming,” Rudzinski said.

Shocker City looks to complete a perfect regular season against Nothing Easy next week, while the Blue Devils hope to shake off their chemistry woes against another struggling team in J’s Treys & Fadeaways.