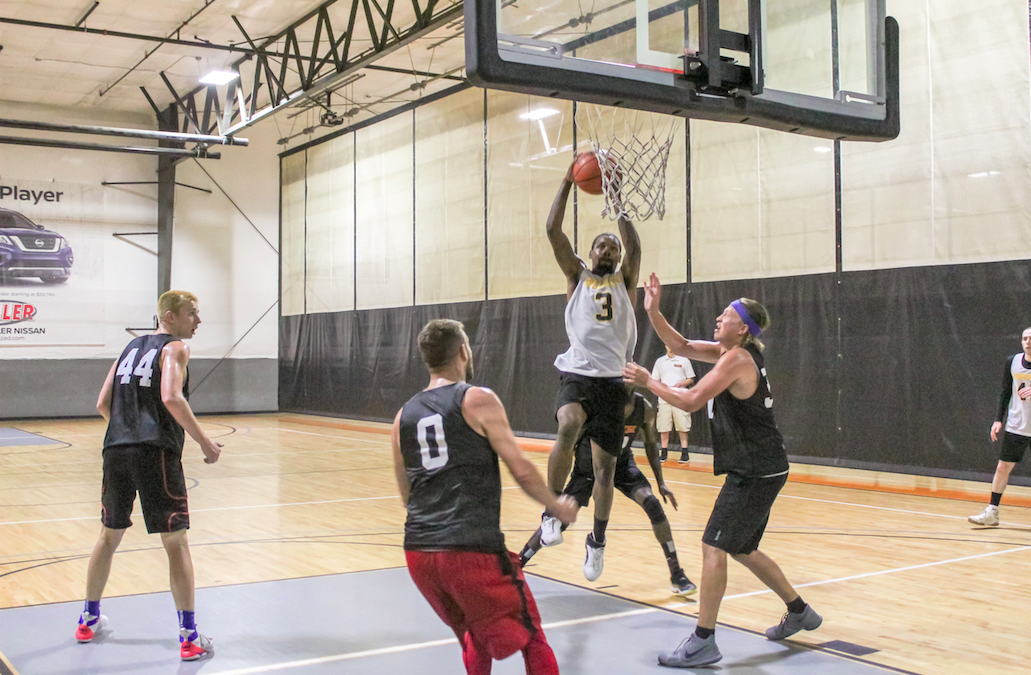 Shocker City will be one of the two teams in the Legacy Leagues Championship game. They defeated Team Moose on Thursday night, 70-61, to solidify their spot. The no. 1 ranked team throughout the regular season did exactly what they thought they would do, and will meet third-seeded Run TMC.

Confidence was at an all-time high for Shocker City in this one. Not only did they come into the game and handle business, but they were trash talking Team Moose the entire time to the point where they may have gotten into their opponent’s head.

“We talk [trash] to them they can’t handle it, one of them actually looked at me and said can you please stop talking,” Carmine Santorelli said.

Shocker City was able to back up their talking with their 12 team steals and 18 forced turnovers. Mike Davis led the team in scoring with 22 points, Corey Jacobs added 14 points and Nick Santorelli dropped 12 points.

On the other hand, Team Moose did what they do best: play good defense. They held Shocker City to under 80 points, something most teams haven’t been able to do.

The only problem was they just couldn’t hang onto the ball and score as much as they wanted to. Nonetheless, Melquan Horton had another great playoff game, finishing with 24 points and eight rebounds while shooting 52 percent from the floor. Jackson Meshanic added 18 points and six boards.

“When I’m this focused, we’re not losing,” Santorelli added.

Shocker City is in such a groove that they don’t think anything can throw them off their game. This confidence couldn’t come at a better time since they play in the Summer 18 Finals on Monday night against Run TMC.