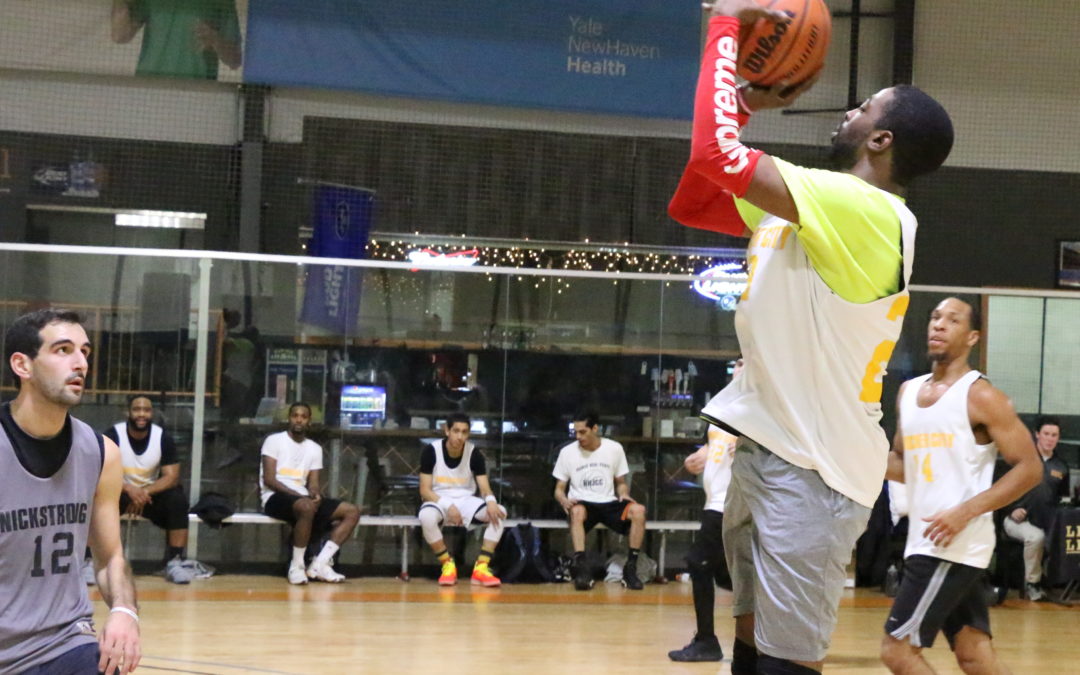 Shocker City was able to use a strong second half surge to outlast NickStrong on Monday night, 100-89, behind strong performances on both sides of the floor after struggling out of the gate.

Both teams had highlight reels on both sides of the floor with Shocker City pulling away at the end. They are one of two remaining undefeated teams through week four and showed why they are the most dominant team in the league despite a slow start.

Shocker City had to go up against arguably one of the toughest teams in this league in NickStrong and were still able to pull out the win due to their ferocious defense and superior play-making ability. Davon Pratt shined once again, scoring 23 points to go along with eight rebounds and three assists. Greg Daniels also added 22 points in the victory in a strong showing off the bench.

“We struggled in the beginning but you know ‘Supreme’ came in and did his thing,” he said, pointing to his Supreme arm sleeves. “You know we’re going to work together as a team and come out with a victory.” Chris Rudzinski added, “The key to victory was taking Davon out of the game,” he joked.

After the game, when asked who in the league could possibly challenge the defending champs, Pratt said, “We just take it one week at a time and try to stay humble”. Shocker City will return to the court next Monday night against an up-and-down The Chasers team at 8:30 at Insports in, what should be, another entertaining game.

In the loss, Anthony and Michael Vessicchio scored 31 points and 20 points, respectively, showing that they are two of the premiere scorers in the league. NickStrong was able to keep it close early but ultimately faltered after a rough second quarter and fatigue set in due to their lack of depth. Watch out for them later in the season and towards the playoffs, they are sure to make things interesting despite not being in the win column. Any team that can hang around with Shocker City, especially winning a quarter, deserves some respect. They return next week to face Flint Tropics in another tough matchup.