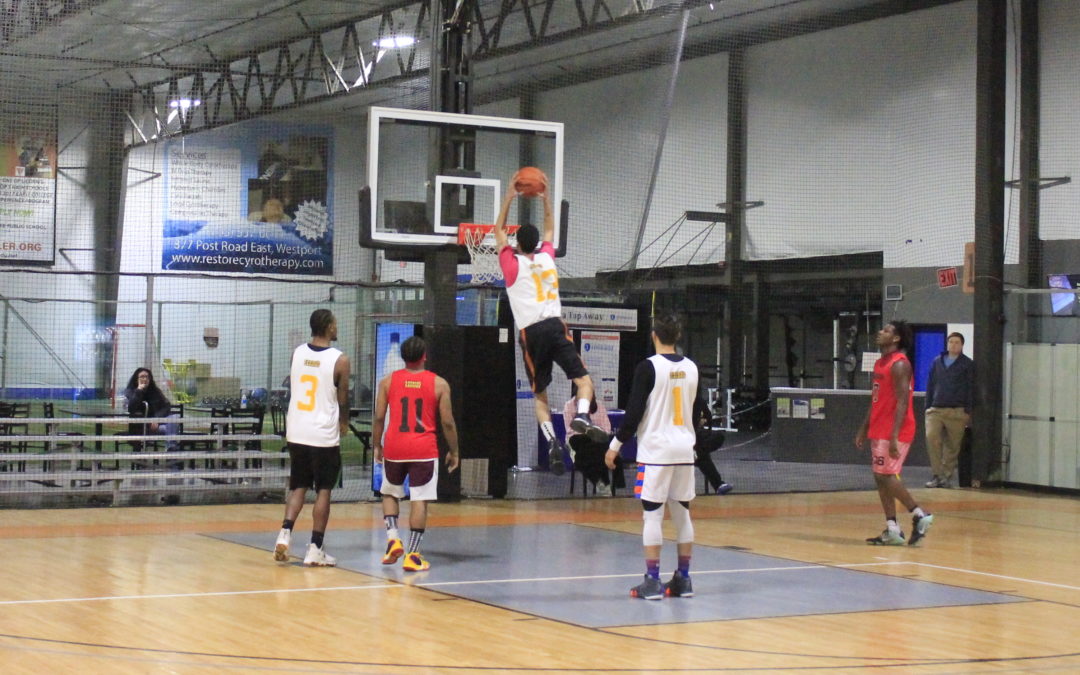 As the defending champions, it would be hard to figure that the star-studded lineup of Shocker City would need a tune up. Even with a quick, athletic, and powerful lineup, Shocker City was still relatively lacking in the height department compared to some of their competition.

And so the recruiting process began. Efforts from Shocker City star Davon Pratt and Chris Rudzinski successfully added a rookie in Danny Lopez to their Winter 19 squad.

“We were lacking height, so getting him as an extra height piece definitely helped us,” Pratt said. “He’s a great defender, rebounder … I’m trying to show you that he’s an all-around player on offense, too.” 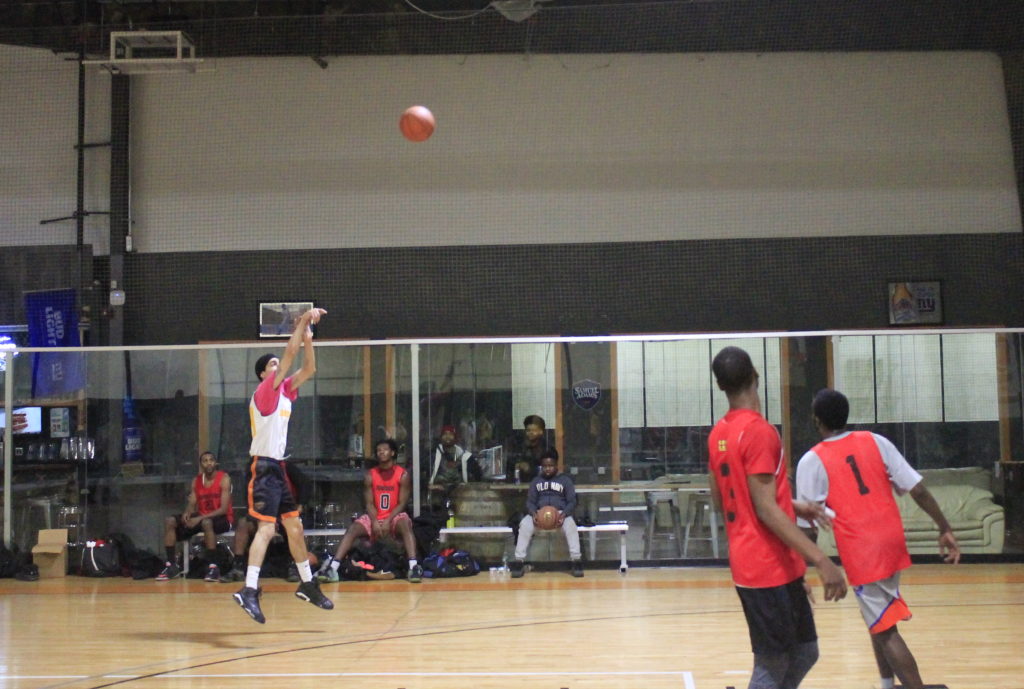 Shocker City’s Danny Lopez attempts a 3-pointer in a Week 9 win over the Rim Breakers.

Lopez is the tallest player on Shocker City and regularly asked to match up against the league’s top big men like Erick Langston and David Armstrong. His team has had a clear target on its back after winning the championship in the summer, and lost for the first time this season last week against the undefeated Flint Tropics.

“Just let the noise motivate us … we lost a big game but, we bounce back,” Pratt said.

Lopez was a large reason why Shocker City did just that, picking up a victory on Monday night against the Rim Breakers,102-91. The big man had the best night of his career with 25 points, six rebounds, and three steals.

He’s been huge for Shocker City in his rookie campaign, with his presence on defense has making it difficult for any team to score down low, and in turn, also making it tougher for teams that don’t heavily rely on outside shooting.

With the playoffs around the corner, Shocker City will look to Lopez to continue to shut teams down in the paint as he’s done all throughout the season. With only one loss on their record, Shocker City will receive one of the top seeds for their title defense.